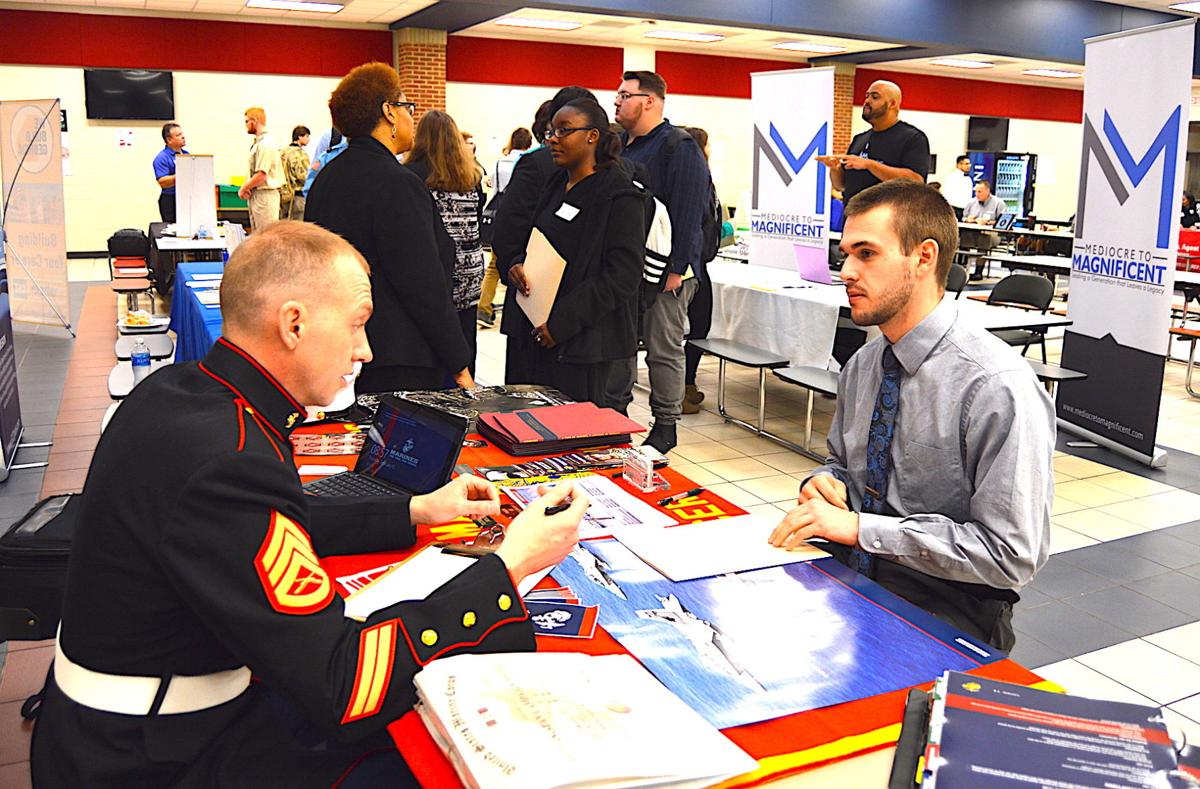 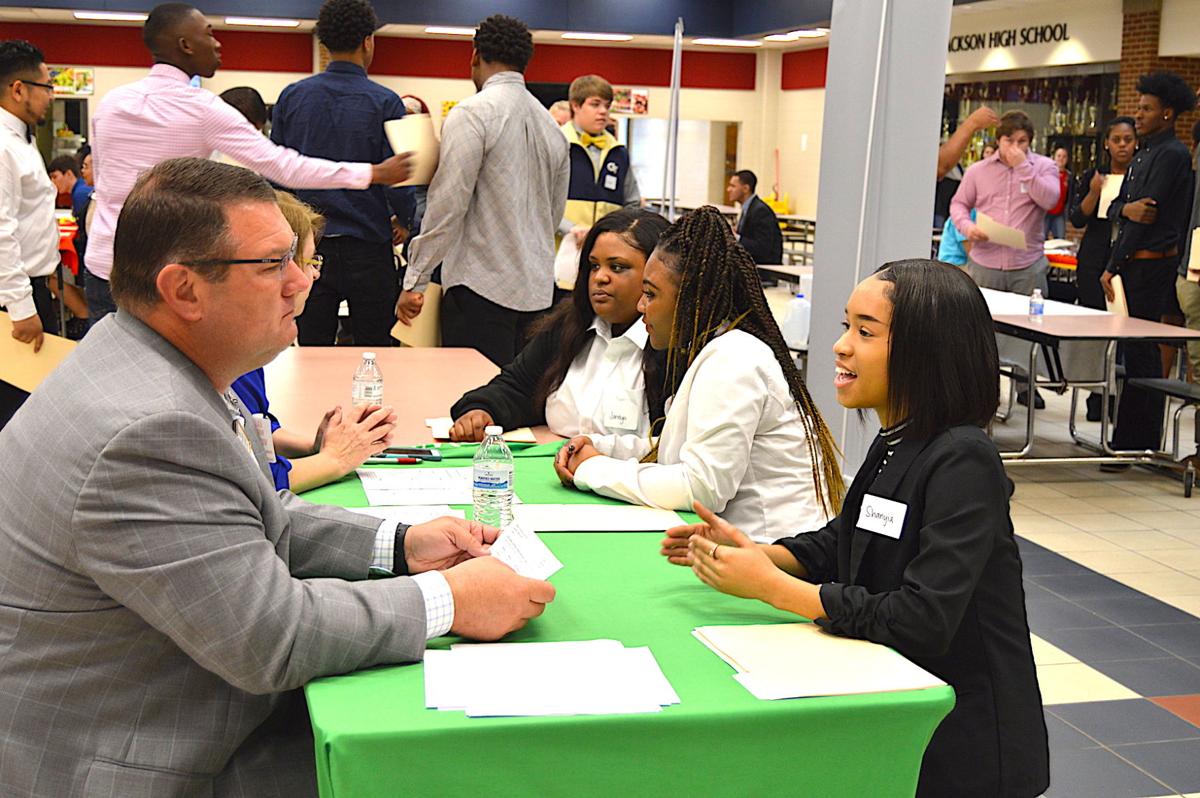 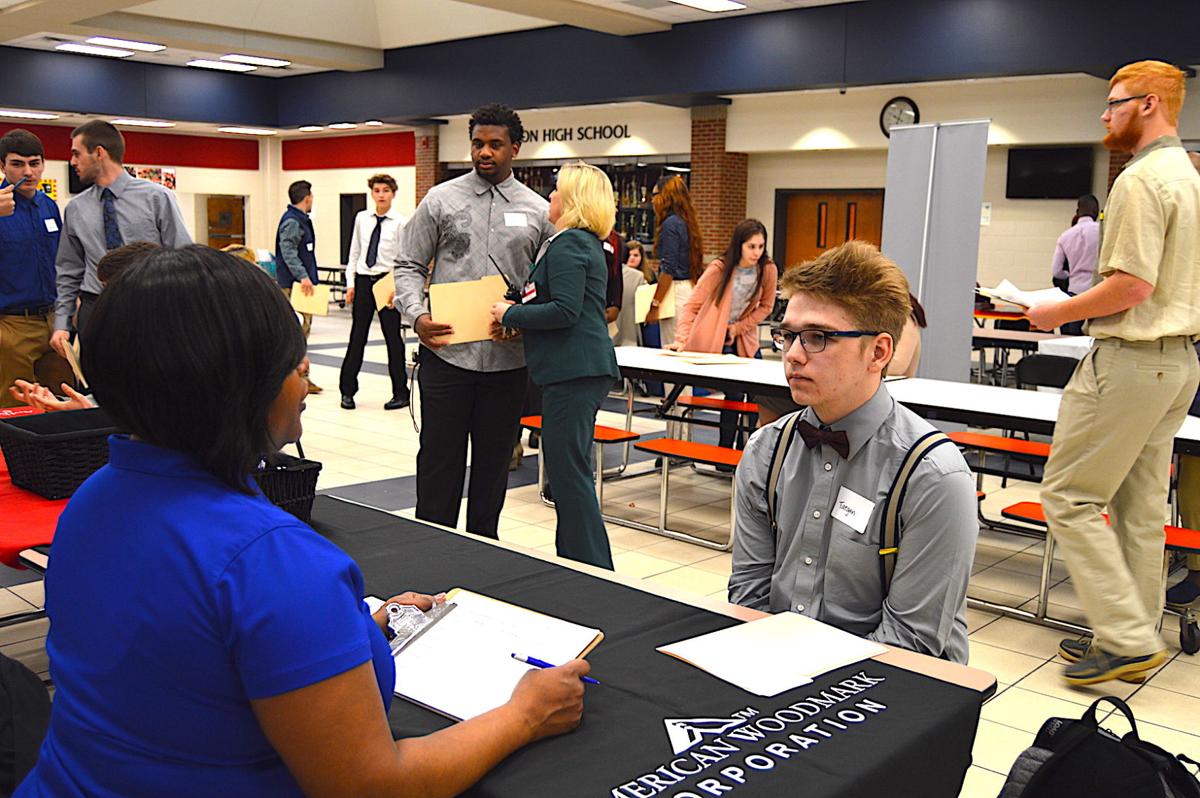 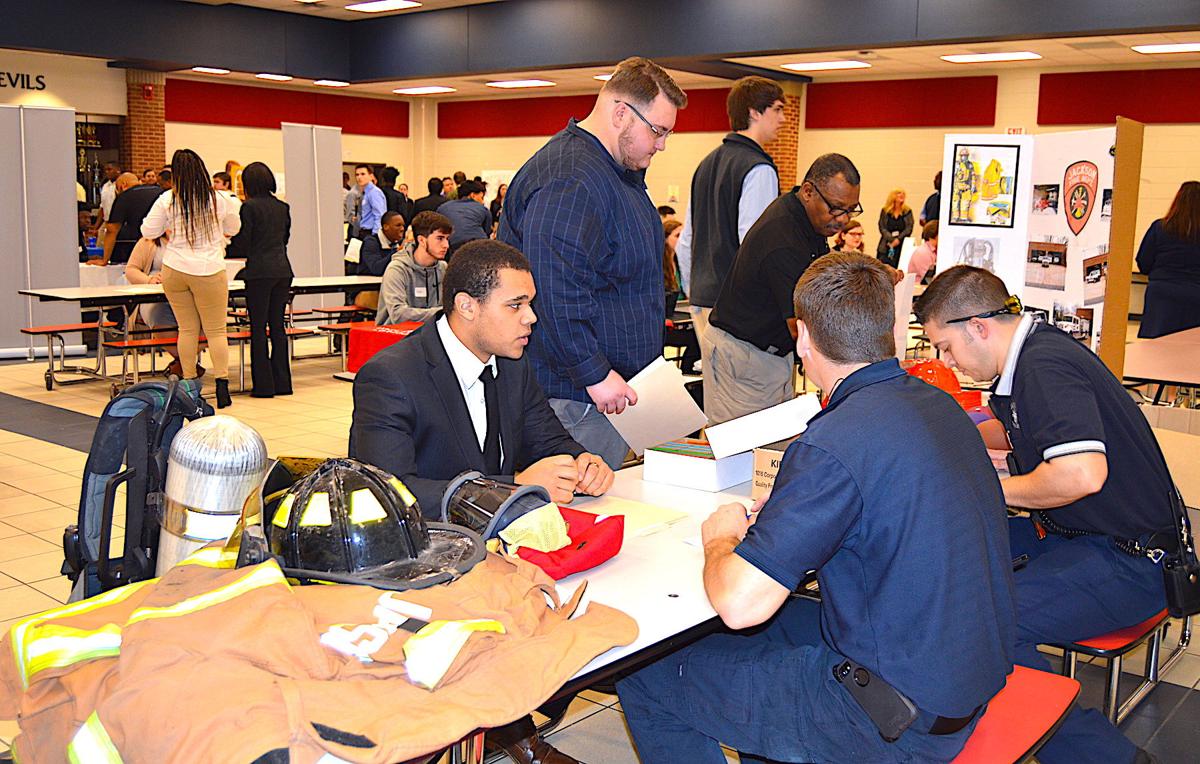 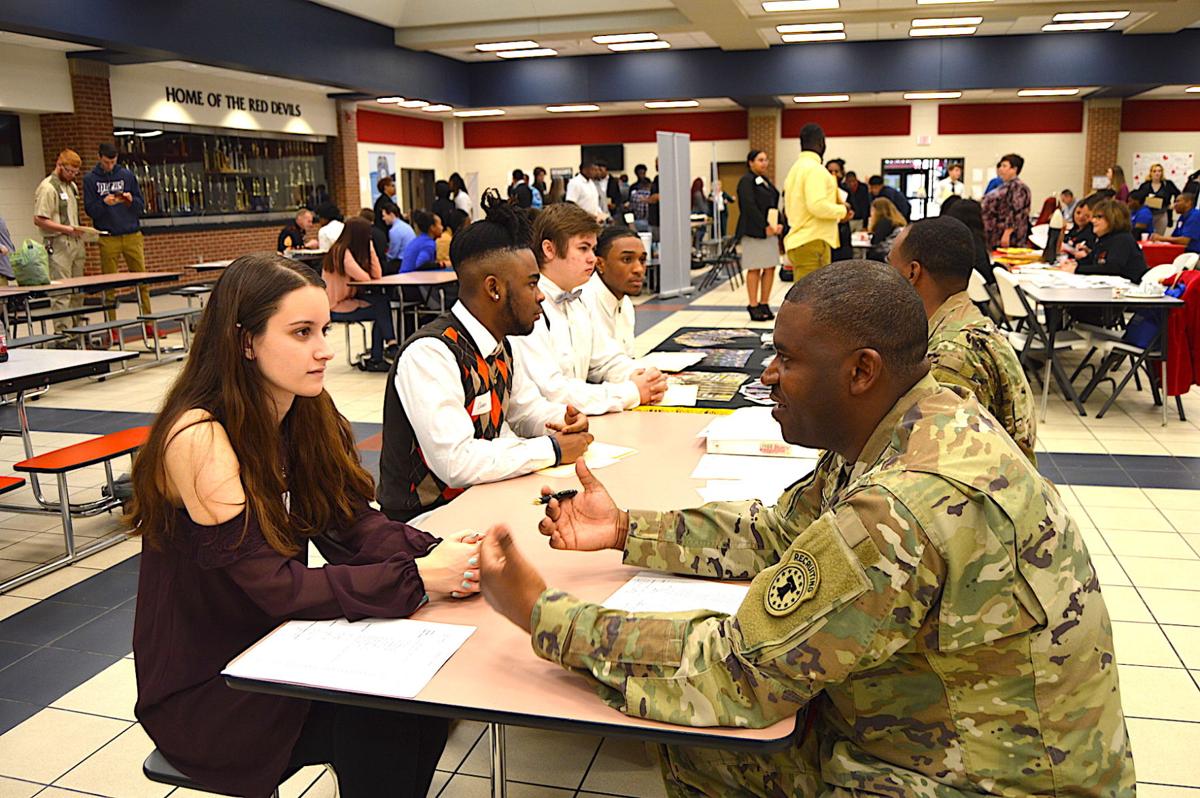 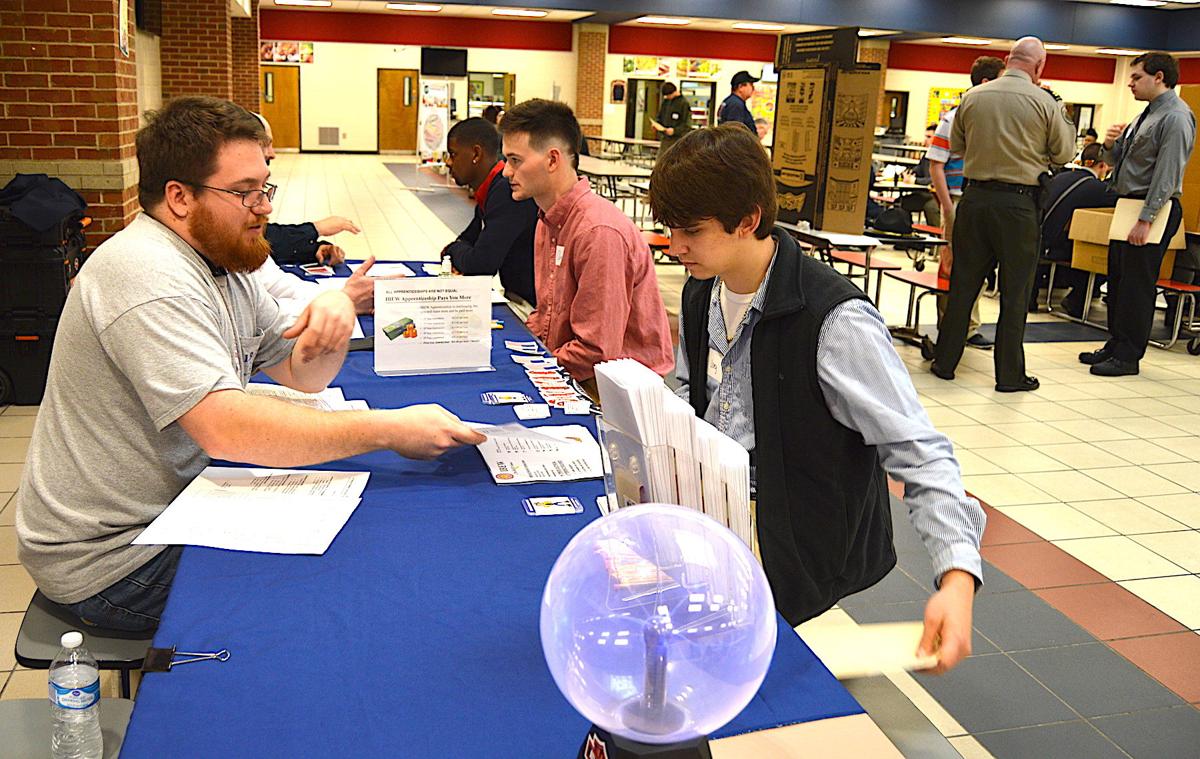 Representatives of the International Brotherhood of Electrical Workers were seeking candidates for its apprenticeship program at the Feb. 15 job fair at Jackson High School. (Staff Photo: Sherri Ellington) 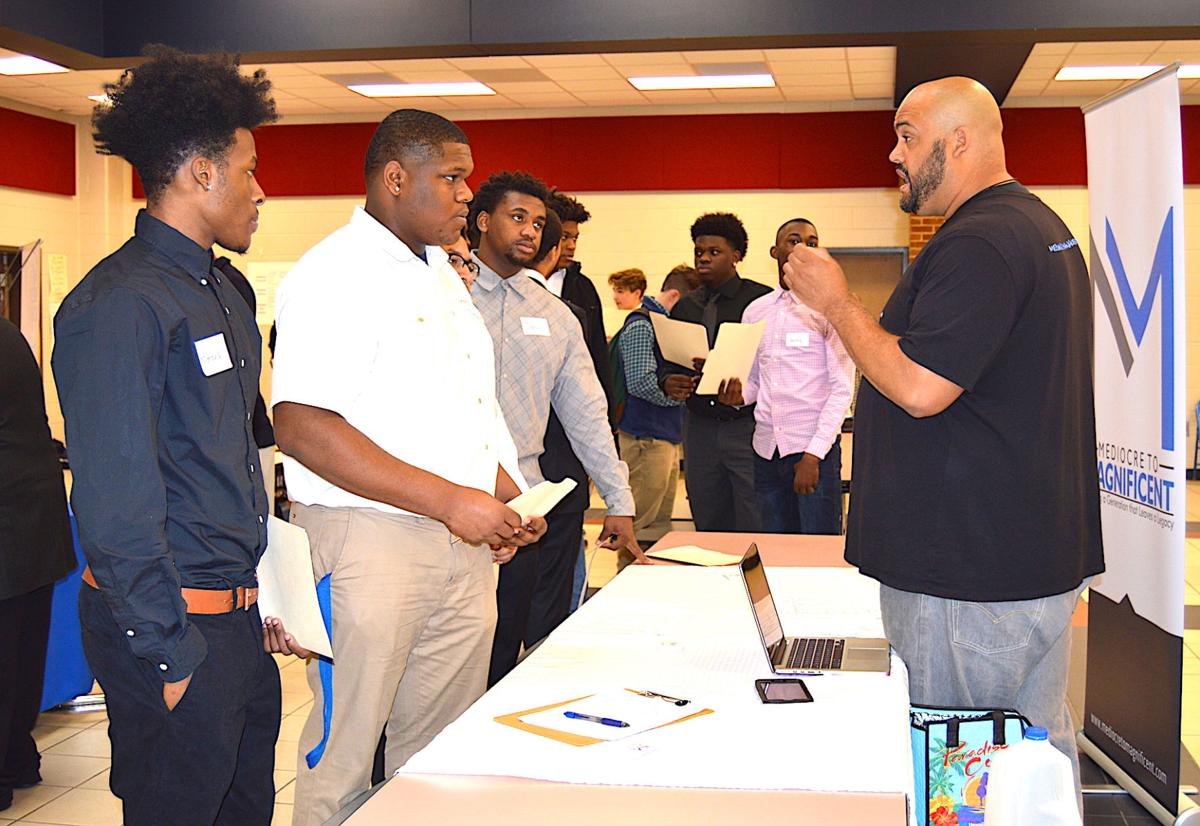 Jackson High School students talk to Lee A. Williams of Mediocre to Magnificent about entrepreneurship during the Feb. 15 career fair at the high school. (Staff Photo: Sherri Ellington) 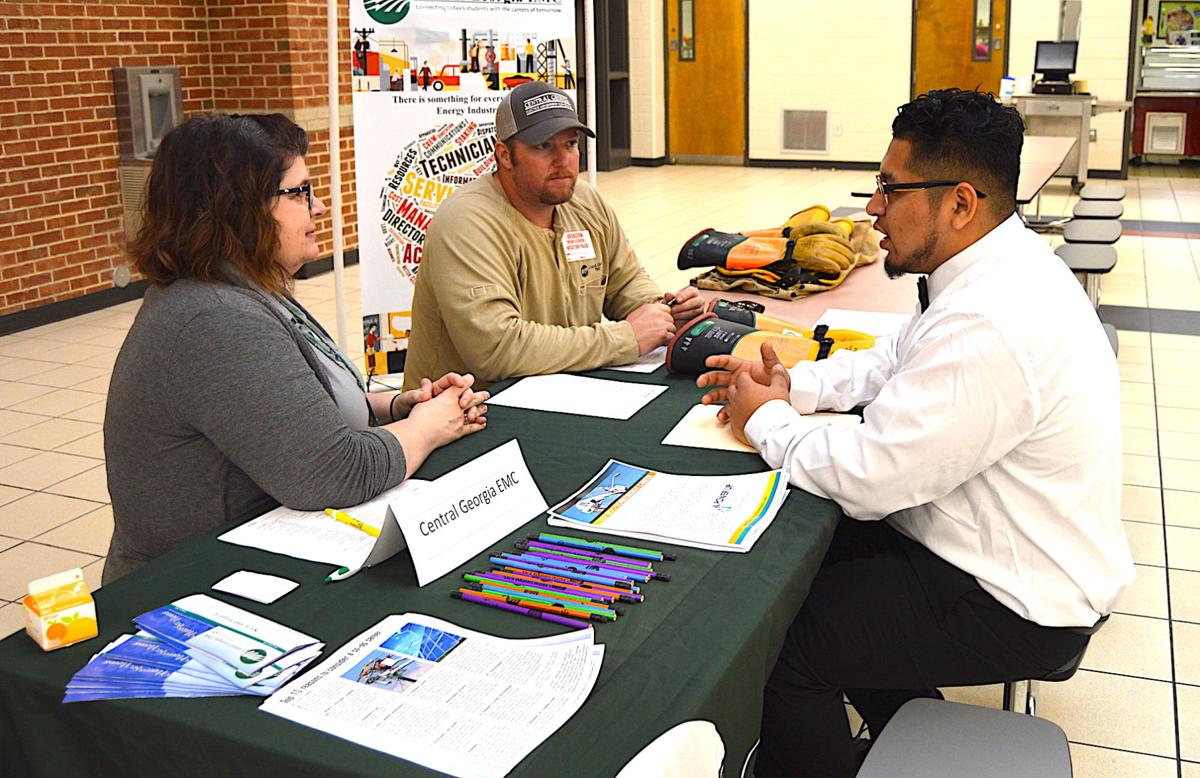 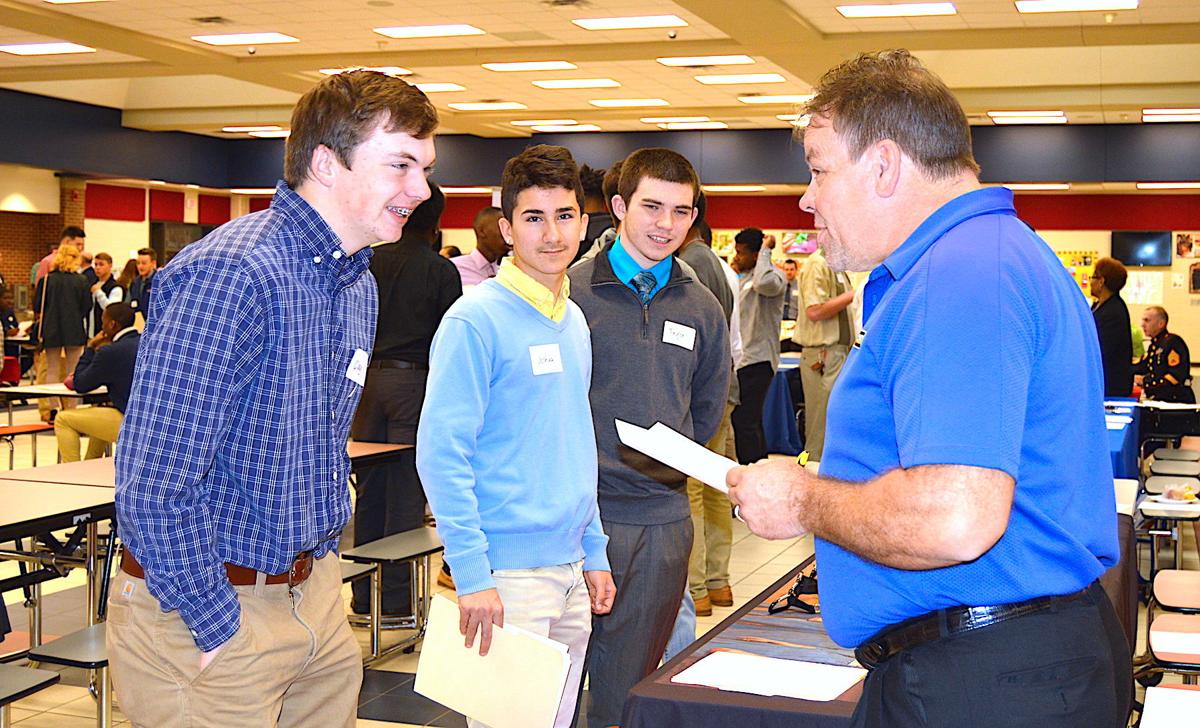 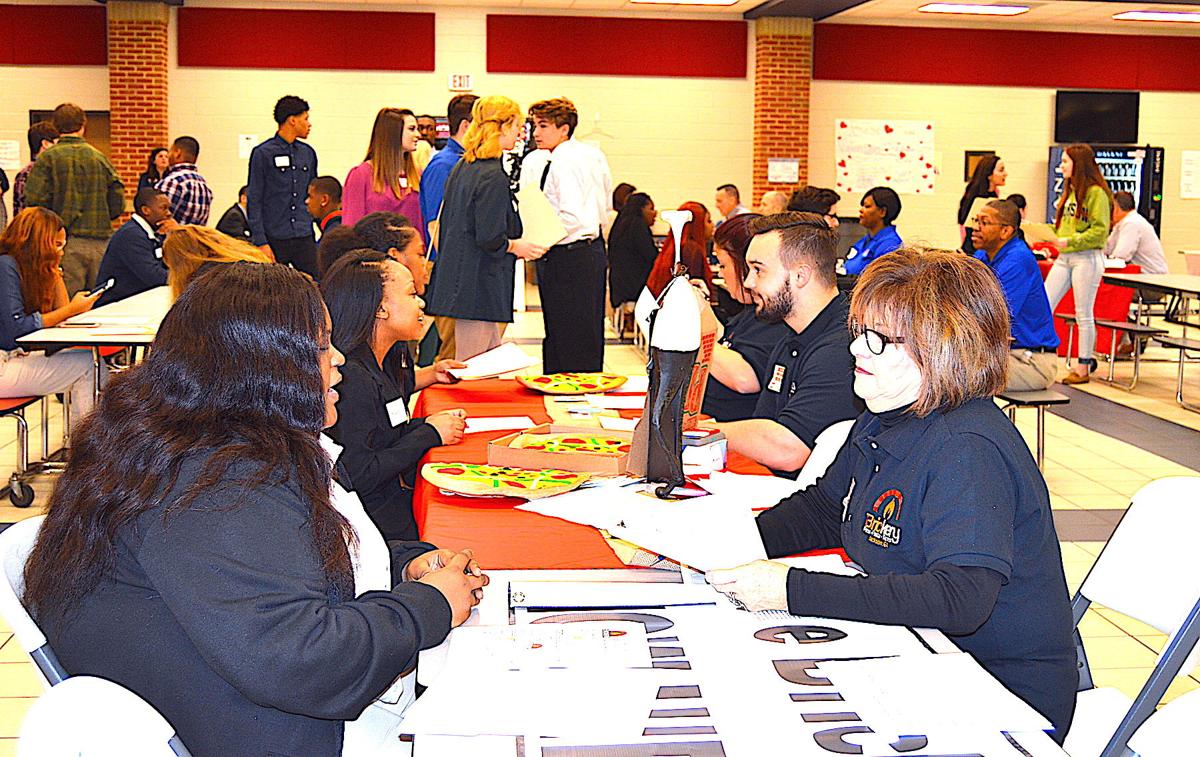 One of the most popular tables at the Jackson High School career fair Feb. 15 was for The Brickery, a new restaurant set to open soon in Jackson. The restaurant is hiring its startup crew. (Staff Photo: Sherri Ellington) 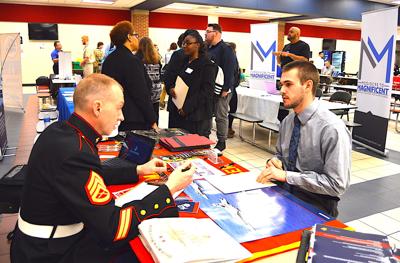 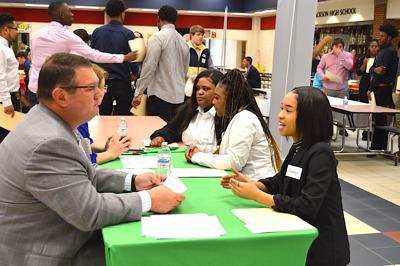 Representatives of the International Brotherhood of Electrical Workers were seeking candidates for its apprenticeship program at the Feb. 15 job fair at Jackson High School. (Staff Photo: Sherri Ellington)

Jackson High School students talk to Lee A. Williams of Mediocre to Magnificent about entrepreneurship during the Feb. 15 career fair at the high school. (Staff Photo: Sherri Ellington)

One of the most popular tables at the Jackson High School career fair Feb. 15 was for The Brickery, a new restaurant set to open soon in Jackson. The restaurant is hiring its startup crew. (Staff Photo: Sherri Ellington)

Jackson High School put a new twist on it annual career day this year, having students come into the cafeteria to do a series of five-minute interviews with 17 companies that are seeking employees, apprentices or students for their training programs.

“The class of 2018 walked in here with resumés in their hands and got job offers that say to us our kids are amazing,” Butts County School Superintendent Robert “Buddy” Costley said.

Jackson High School Assistant Principal and Career, Technical and Agricultural Education Director Tammy Selman explained that the change aimed to help students with job search and interview skills and that the school tried to bring in companies that are actually hiring. In fact, companies could hire students on the spot if they chose.

“We carved out some time from British literature to do cover letters, resumés and practice interviews,” Jackson High School Principal Todd Simpson said. “The overall goal is to expose our students to the job preparation process and introduce our business leaders to our students. They’re capable of great things. We have some youth here today that will impress our community well.”

After the initial interview, the students that companies were interested in were called back for a second interview. Around 40 students had callback requests but not all of them were interviewed that day.

“There was so much interest in so many (students) that several of the companies are coming back,” Selman said. “The plan was to talk to just a few. However, they left saying that couldn’t narrow it down to just a couple.”

The Brickery owner Melinda McLarnon said she had a large stack of interview checklists for students she was interested in hiring for the new pizzeria.

“I wanted Michael to be in on the second round of interviews,” McLarnon said of her husband and Brickery co-owner.

American Woodmark was looking for new hires and apprentice candidates. It already has one student from Jackson High School in its apprenticeship program.

“Every single student is talking to someone,” Selman said, waving a hand at the high school cafeteria full of students taking job interviews.

Company representatives were asked to rate students on their first impressions, their resumés, dress, attitude, how well they answered questions and their speaking abilities, according to the checklist handed out by the school. The checklists were to be used in counseling students about job seeking.

Caterpillar was looking for trainees for its Think Big training program at South Georgia Technical College in Americus. The center is one of 13 around the world and serves the entire Southeastern U.S., John Cornwell of Yancey Bros. Caterpillar said.

“We’re fortunate to have one here in Georgia. We’re looking for a lot of workers,” Cornwell said. “We offer training right out of high school. You can become a diesel technician and earn an associate’s degree. We’ve been around for 104 years and we’re not going anywhere. We have a new facility in Macon and we’re going to double our workforce.”

Victoria Jolley and Larry O’Neal of Central Georgia Electric Membership Corp. were looking for a few good linemen (or women).

“You’re not scared of heights, are you?” O’Neal asked Carlos Rodriguez as he sat down and introduced himself.

Butts County Sheriff’s Office Lt. Matt Garrison said he was pleased with the changes in the job fair.

“They (students) ask a lot of questions,” Garrison said. “This isn’t like a traditional fair where the kids come to ogle the equipment. It’s not so much of a show-and-tell.”

The International Brotherhood of Electrical Workers table was running three interviews at a time with two students waiting in line. It was seeking apprentices for on-the-job training at its Electrical Training Center in Newnan.

The career fair is sponsored each year by the Butts County Industrial Development Authority.

Metros sending the most people to Columbus, Georgia

90-Pound Beagle Is A Third His Size Now | The Dodo

POLL: It's been exactly one year since President Biden took office. Do you think he is doing a good job?

90-Pound Beagle Is A Third His Size Now | The Dodo