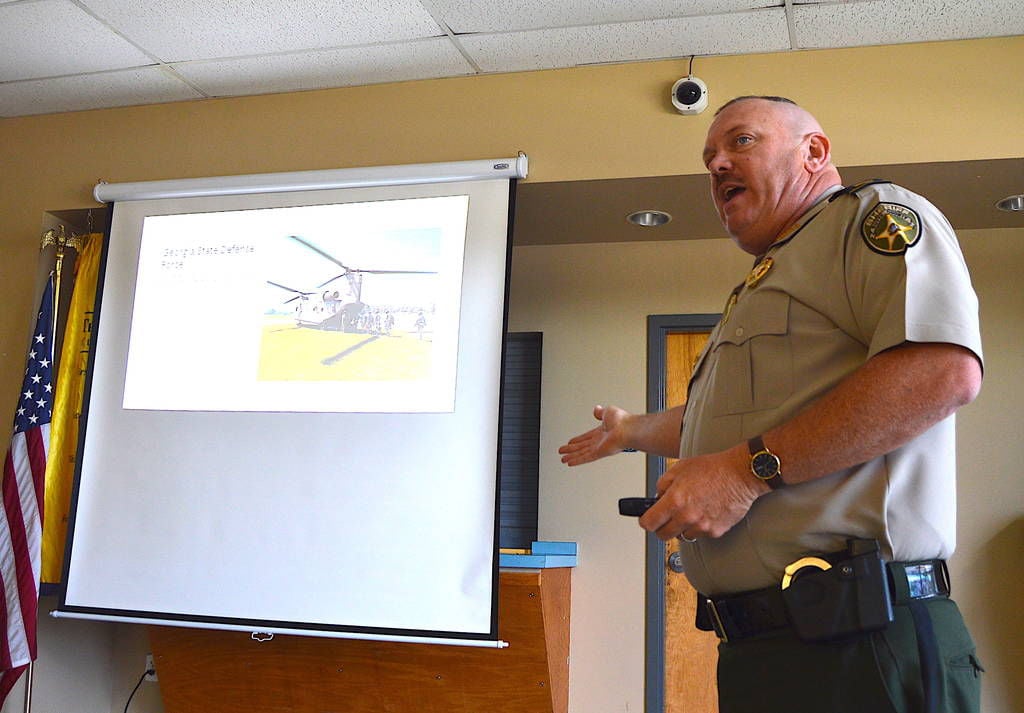 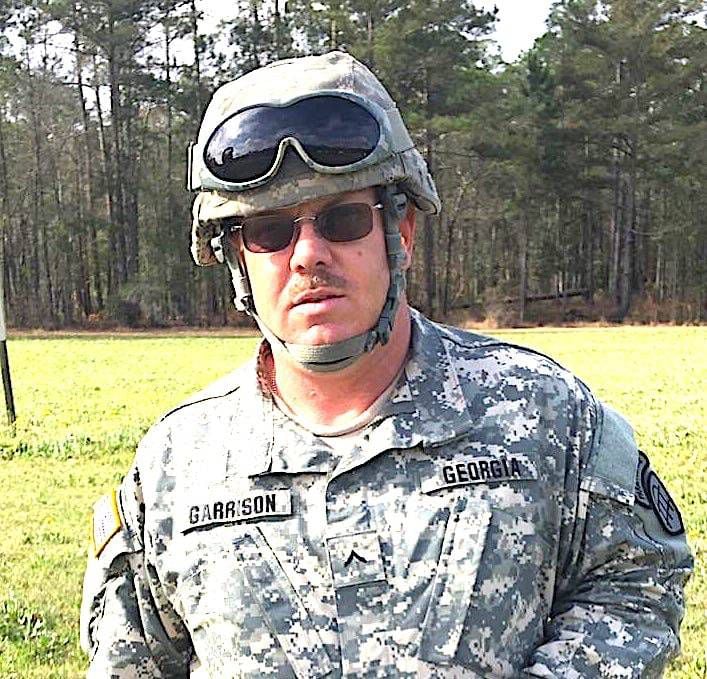 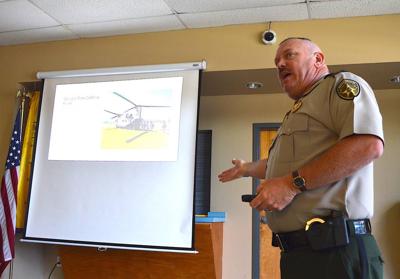 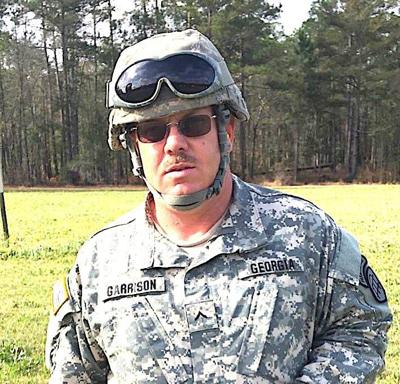 At least one weekend a month, Butts County Sheriff’s Office Lt. Matt Garrison trades in his law enforcement uniform for one with a little more camouflage and becomes a Georgia State Defense Force private.

Garrison spoke to the Jackson-Butts County Rotary Club about the all-volunteer, modern version of the Georgia militia at the Rotary Club’s June 27 meeting. His 5th Brigade unit is based in Macon and affiliated with the National Guard Company B in Forsyth. The two groups train together and share the same uniform with the U.S. Army.

The Defense Force is under the command of the governor and Georgia adjutant general and is “embedded with the Georgia National Guard,” Garrison said. “Georgia has a department of defense” under which the Defense Force operates.

Members of the Georgia Defense Force can range in age from 18 to 64 and must be U.S. citizens with at least a high school education, Garrison said. Men and women sign up for two-year commitments and can be classified in one of three duty levels ranging from no restrictions to desk jobs in administration and communications.

“You don’t have to be in peak shape and if you got a DUI or did something as a kid, it won’t bar you,” Garrison said. “They do have height and weight requirements. There’s something for everyone to do.”

The Defense Force is commanded by Brig. Gen. Tom Danielson, who oversees some 550 members across five brigades who take part in disaster relief, search and rescue and other emergencies, Garrison said. “I can’t tell you how many (missing) children are found under the bed or in a closet. There’s a whole school for search and rescue,” he said.

Members are unarmed unless needed and are not eligible for overseas deployment. Their job is to help support the Georgia Emergency Management Agency and civil authorities. Most of the times they are called up, it is for assistance during bad weather such as the 2014 winter storm.

“It’s more than a bunch of yahoos throwing on uniforms and running around. There’s a lot of discipline. We assist the National Guard in training and readiness when ordered by the state adjutant general,” Garrison said.

When Turner County was hit by a tornado, the Georgia Defense Force was activated instead of the National Guard. During Hurricane Matthew, defense force members managed inland shelters in Macon.

“We can usually assemble within an hour,” Garrison said. “I’ve got gear ready to go.”

“When you join, they have a whole training program,” Garrison said. “Initial entry training is like basic training. They take the military structure very seriously.”

“We get the same badges for (skills such as) marksmanship, (and) all the awards the military can get. I get to shoot a lot of cool weapons,” he said.

The Georgia Defense Force also takes part in disaster preparation training, he said, working on things like mass evacuations and extractions. He discussed one drill at the Air Dominance Center in Savannah.

While he was not one of them, “some of us got to ride in a C-130,” Garrison said. “I was one of the guys handling the stretchers.”

Clarification: A previous version of this article contained imprecise information about National Guard weapons training. It has been updated.

Country music history from the year you were born

Stacker compiled a list of noteworthy milestones from each year of country music history, using a variety of news articles, historical resources, and more. Click for more.

China and the US were both born from armed conflict. They're now polar opposites on gun control

About the only job women can do for the Kabul government is clean female bathrooms, acting mayor says

Afghanistan's women judges are in hiding, fearing reprisal attacks from men they jailed

POLL: September is International Update Your Resumé Month. When was the last time you updated your resumé?

This is not a scientific poll — results reflect only the opinions of those voting. #UpdateYourResumeMonth
Sponsored by GaJobSource.com