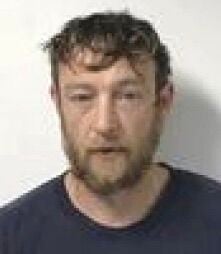 Donald Chandler Gordy of Barnesville has been charged with aggravated assault in the shooting of Lamar County Sheriff's Deputy Justyn Weaver Saturday night. 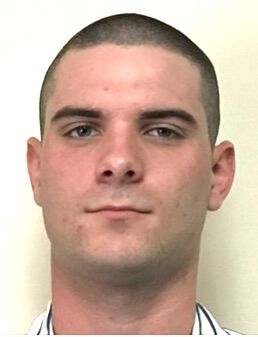 Donald Chandler Gordy of Barnesville has been charged with aggravated assault in the shooting of Lamar County Sheriff's Deputy Justyn Weaver Saturday night.

BARNESVILLE — A Lamar County Sheriff’s deputy is recovering from wounds received when he was ambushed late Saturday night while responding to a suspicious person call in Milner.

His alleged attacker was captured Sunday in Alabama.

According to the Sheriff’s Office, Dep. Justyn Weaver responded to the call just after 10 p.m. on Aug. 8. He was sitting in his vehicle in front of a home on Moore Street when his assailant fired several shotgun blasts into his patrol vehicle, wounding Weaver in his face and left arm with buckshot.

Weaver was flown by air ambulance to an Atlanta area hospital, where he is being treated for his wounds.

Weaver has worked with the Lamar County Sheriff’s Office for three years. He recently received an award by Community Ambulance for his heroic acts in saving a man’s life.

Investigators were able to identify the suspect in the shooting, Donald Chandler Gordy, 38, of Barnesville and issued a BOLO (Be On The Lookout) for his arrest. Gordy was later arrested on I-20 in Alabama by the St. Clair County Sheriff’s Office.

Lamar County Sheriff’s investigators have obtained an aggravated assault warrant for Gordy. He will be held in Alabama pending extradition.

Trump says every American can get a coronavirus vaccine by April, but health experts say that's not likely