You are the owner of this article.
Edit Article Add New Article
You have permission to edit this article.
Edit
Home
News
Sports
Opinion
Features
Community
Multimedia
Find a Job
e-Edition
Obituaries
Place ad
Help
1 of 3 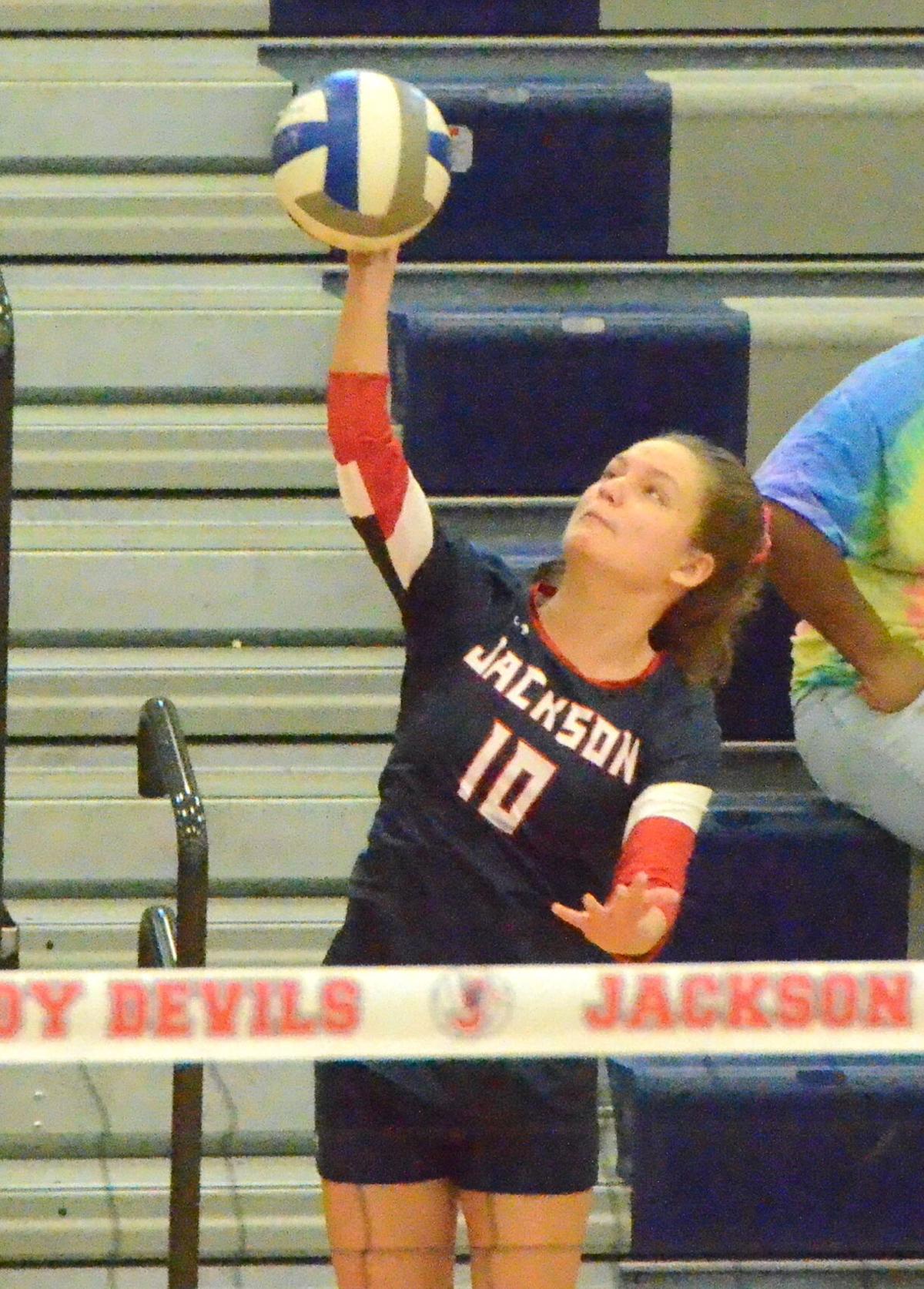 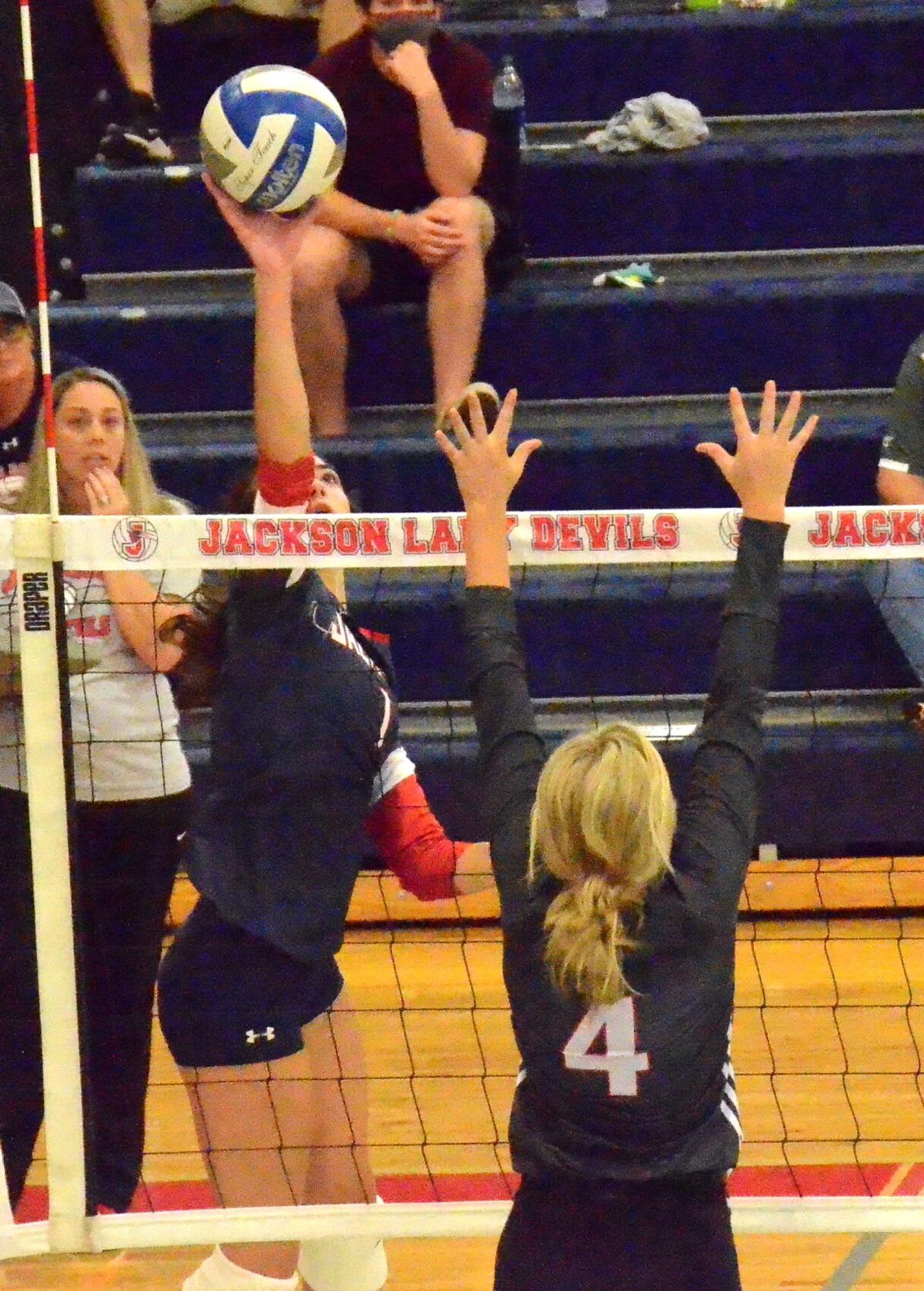 Kaitlyn Eidson (1) sends a slam over the net. 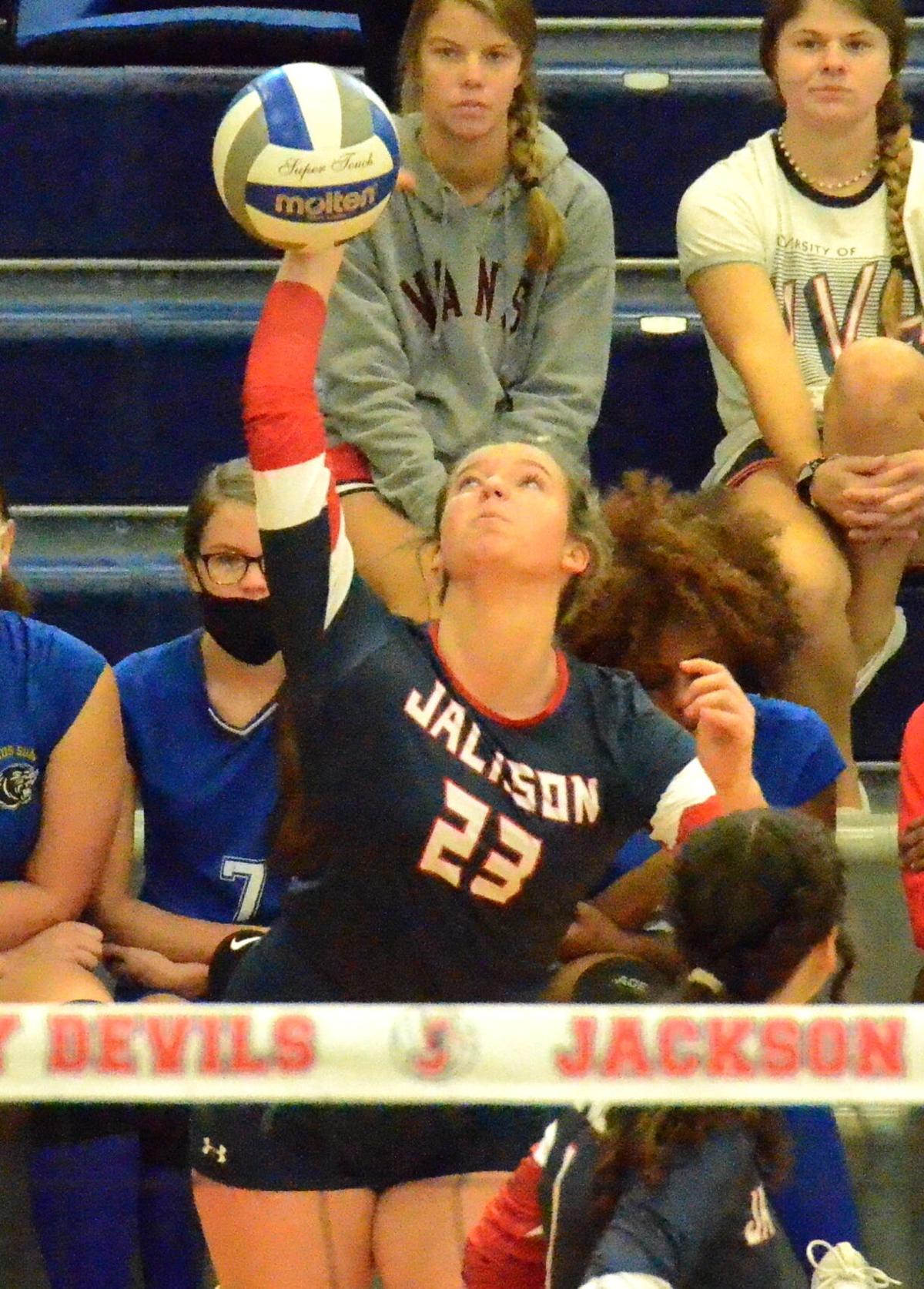 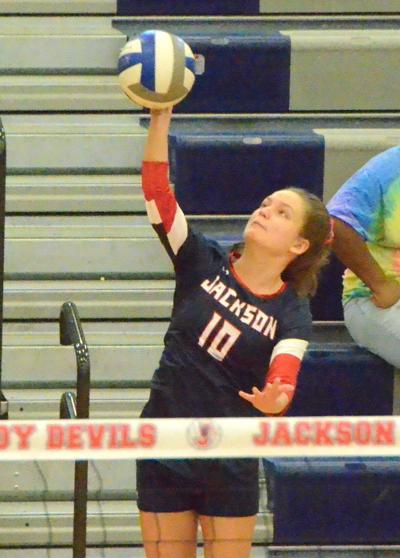 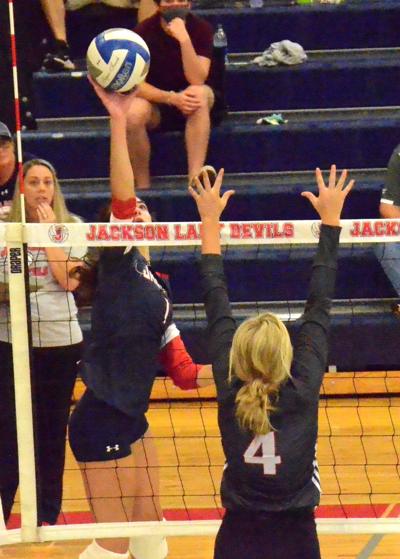 Kaitlyn Eidson (1) sends a slam over the net.

THOMASTON — The Jackson Lady Devils had a clean sweep of their area opponents in the second Area Playdate on Sept. 25 at Upson-Lee High School in Thomaston, and will host the Area 2-AAA Tournament on Oct. 5-7.

The Lady Devils had already defeated Pike County, Crisp County, and Americus-Sumter in the first Area Playdate in Jackson on Sept. 18, and coach Ashley Hall said they continued to play well this past Saturday.

“It went really well,” she said. “We started off with Upson-Lee and swept them 2-0. Then we played Central and swept them, 2-0. We had a break, then played Mary Persons, which was our toughest game. They gave us a little bit of a run for our money, but we were able to sweep them 2-0, and then we beat Peach County 2-0.”

“Riley Morgan was unable to play due to a concussion that she suffered at a soccer tournament on Sept. 19,” Hall said. “She was the only one that was out, and we’re glad to have her back now.

As the No. 1 team in the area, Jackson will earn a bye through the first round of the tournament. The tournament bracket will be announced later this week.

Jackson still has non-region games this week against Fayette County and Union Grove at Union Grove in McDonough on Sept. 28, and First Presbyterian Day School and Mary Persons at FPD in Macon on Sept. 30.

History of vaccine mandates in the US

NYT: Agreement reached to scrap race as a factor in NFL concussion settlements

Shouting, threats, negative billboards and an influx of cash. This year's school board races are like none before