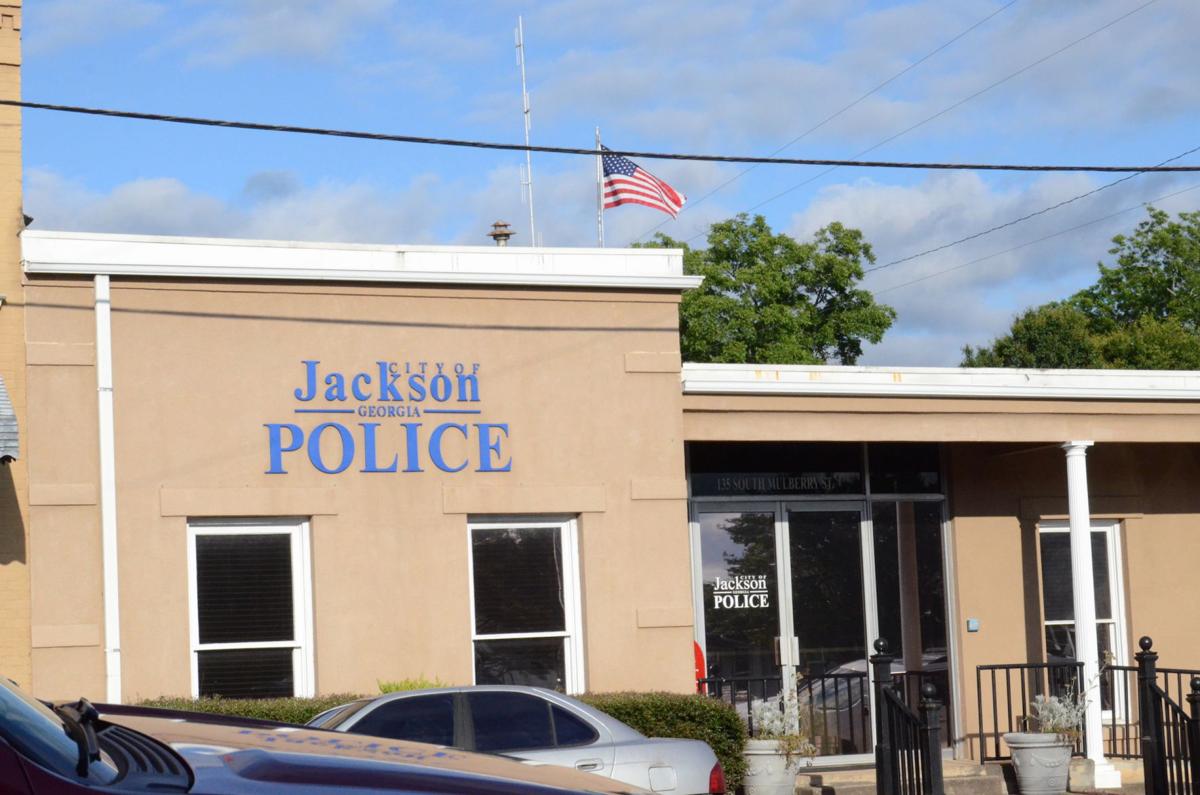 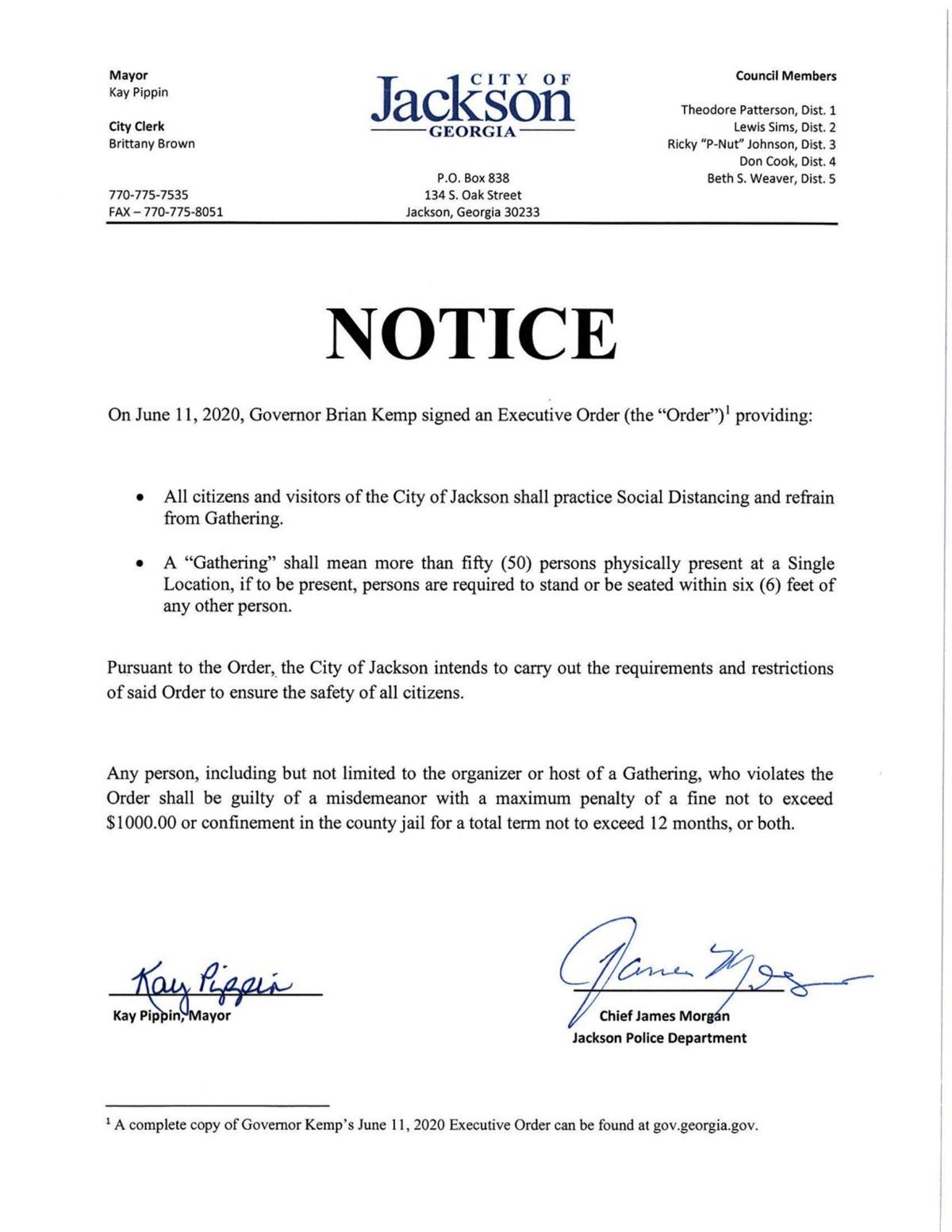 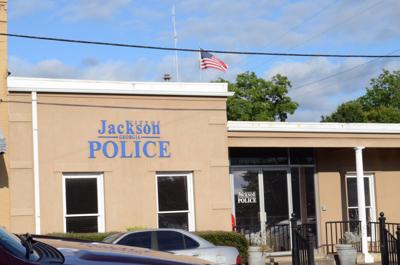 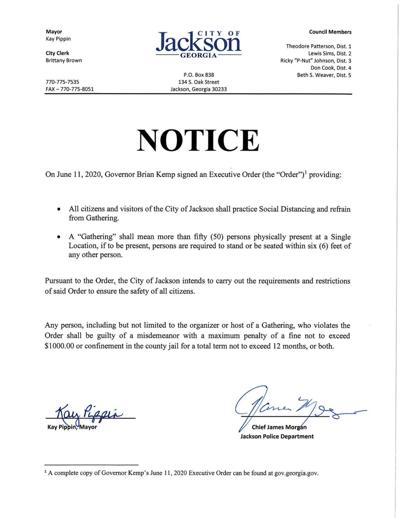 If you party with a large crowd of people (more than 50) in Jackson, you could be charged with a misdemeanor crime and fined up to $1,000 or spend up to 12 months in jail.

The city of Jackson sent out a notice to that effect June 25, based on Gov. Brian Kemp’s executive order regarding social distancing and refraining from gatherings.

With the recent increase in COVID-19 cases in the state and nation, and in line with Gov. Kemp’s executive order, Mayor Kay Pippin and Jackson Police Chief James Morgan signed the notice and city staff began distributing it in neighborhoods.

Morgan said the effort to restrict large gatherings has a two-fold purpose.

“We want to implement some more safety features so we can keep the community safe from the virus and crime. Hopefully this will help and at least put people on notice that from this point on it’s just not going to be tolerated.”

Morgan said his department hasn’t had a lot of calls coming in from neighbors complaining about large parties, but they are seeing postings about the gatherings on Facebook.

“Supposedly there is one that is supposed to happen over on the Cindy Street area north of town this weekend,” Morgan said Friday. “We also saw a posting of another block party trying to take place on Aug. 1.

“We’re just trying to get a hand on this and curb it, because we know we have 4th of July coming up and hopefully people will refrain from large gatherings,” he stated. “We do understand that some people will get together, but as far as 500 or 600 people in an area, that is just too much to try to have a gathering. It is so taxing on the neighbors, plus we’re using up manpower than can be used somewhere else, and we’re having to disperse manpower between us and the Sheriff’s Office to make sure these large crowds don’t get out of hand.

“We haven’t had anything major to happen, but we need to start curbing these large crowds.”

POLL: What are you plans for the Fourth of July weekend?

This poll is for entertainment purposes only. It is not a scientific poll.