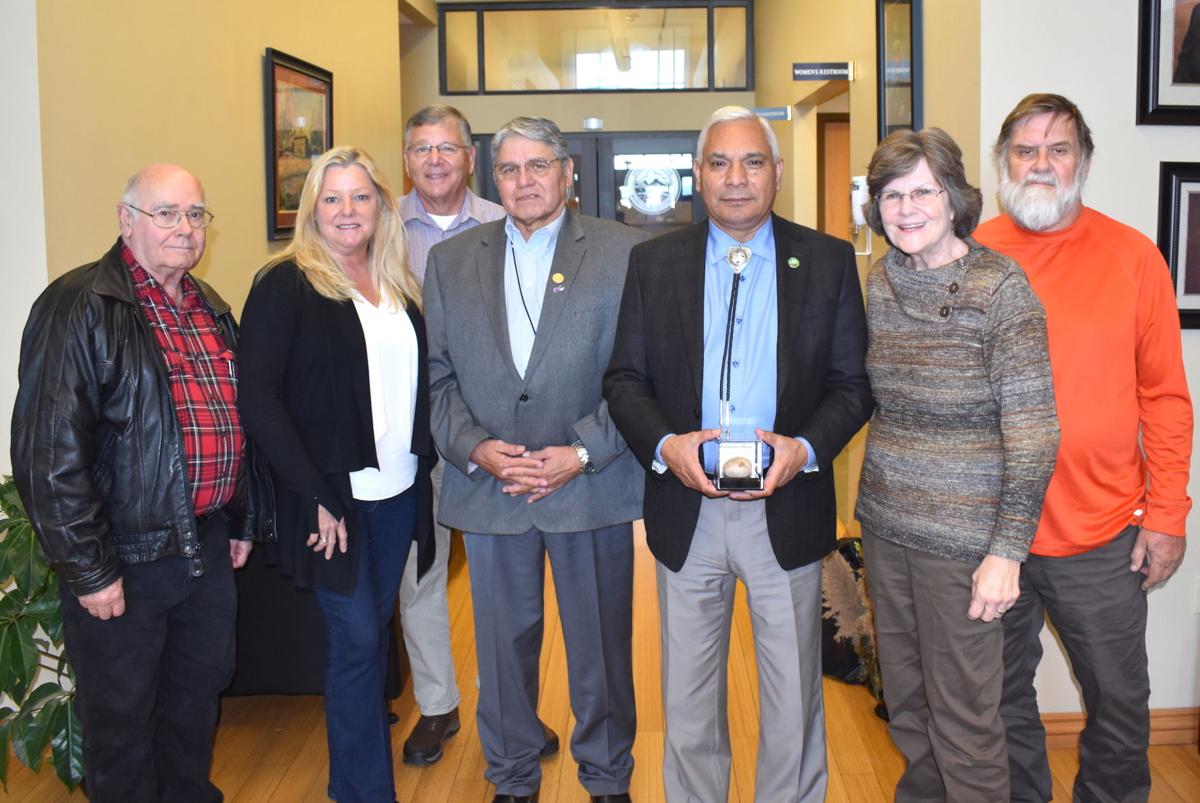 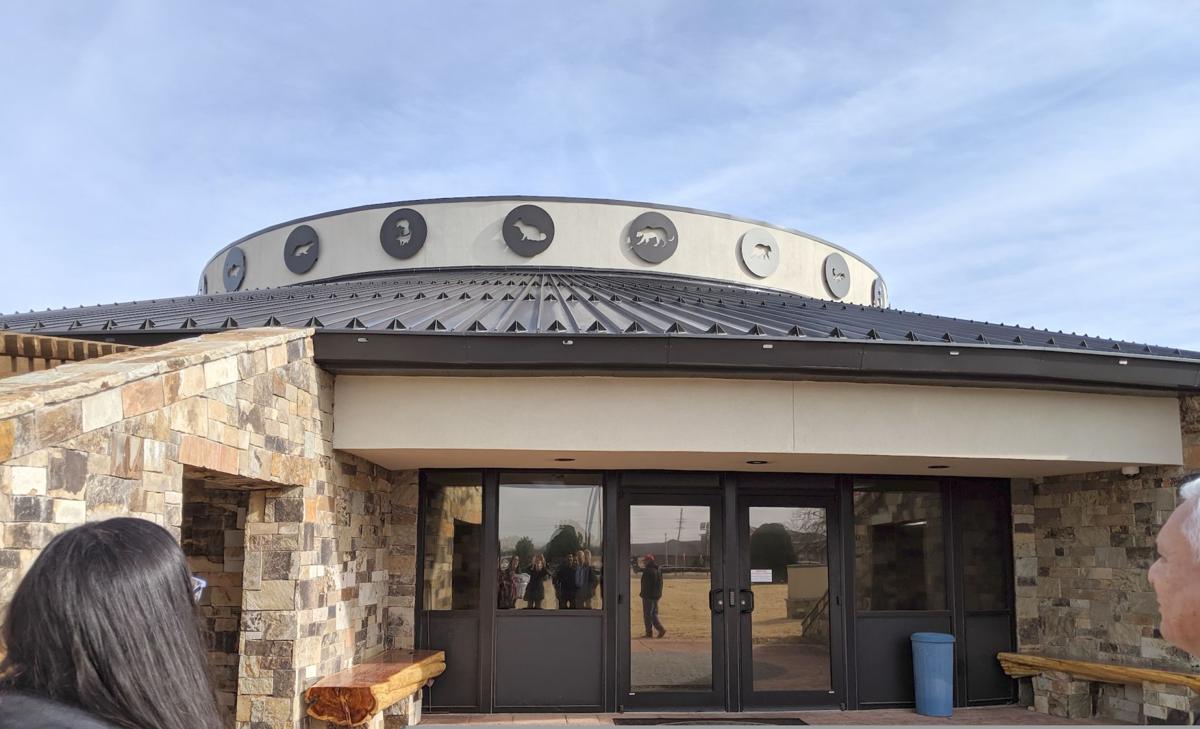 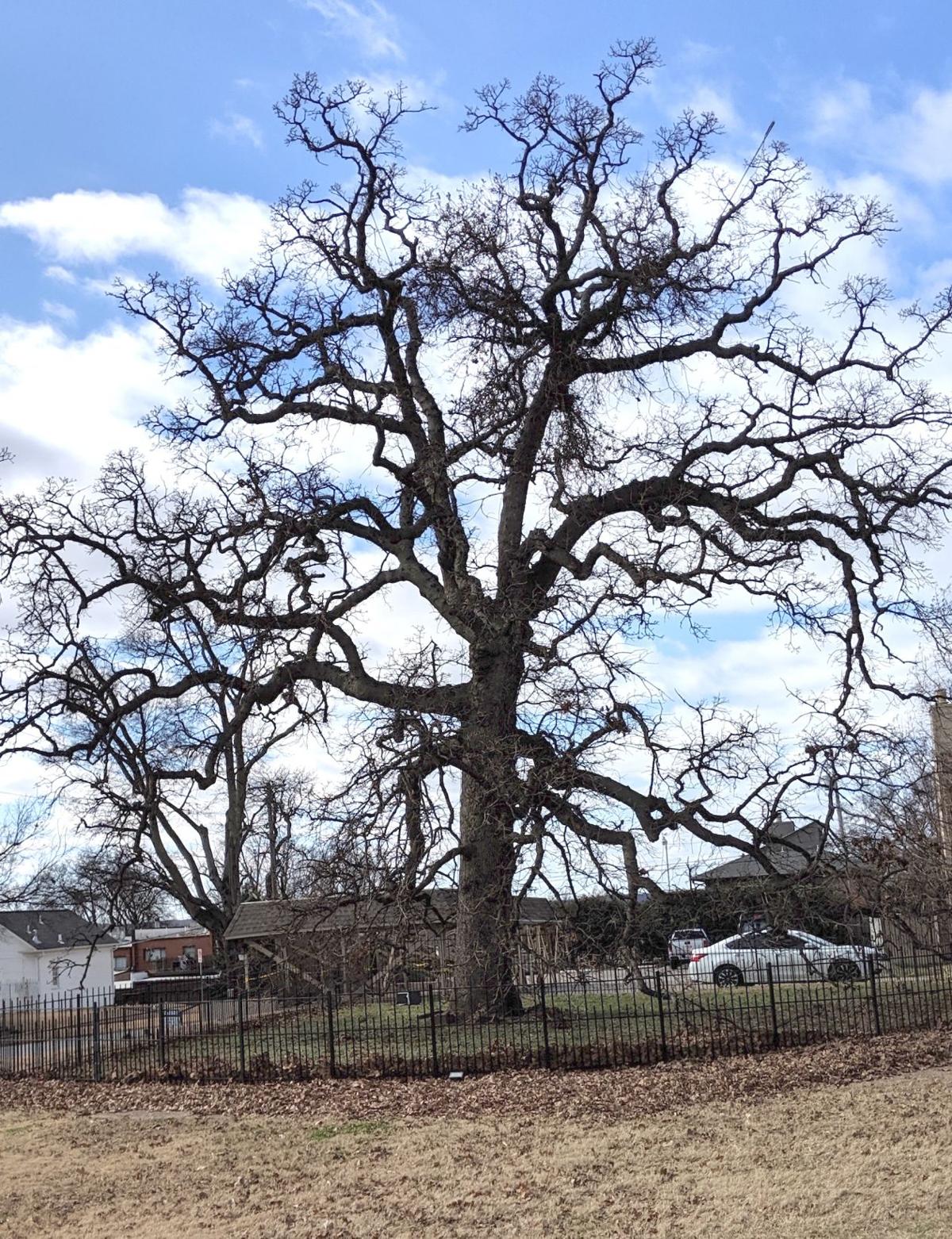 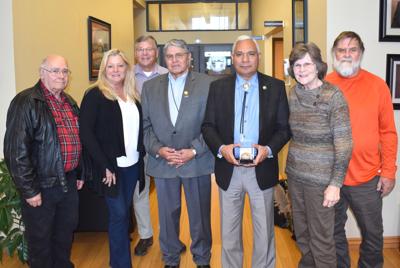 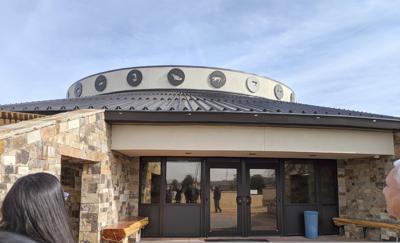 On Nov. 30, five members of the Butts County Historical Society (BCHS) traveled to Okmulgee, Okla., to tour the town and historic sites. Members of the local society were invited to Okmulgee by Muscogee (Creek) Chief James Floyd.

According to Toni Phillips, the Butts County Historical Society has long wanted to make a stronger connection with the descendants of those Creek people who were forced to leave Georgia as part of the Indian Removal policy of the mid 1800s.

Herbert noted that it is important that our local society keeps all of history in perspective and that we understand history from the diverse viewpoints of all involved.

“Among the Oklahoma Indians, William McIntosh is not a hero, rather Opothle Yahola,” said Herbert. “McIntosh betrayed his people and signed away much Creek land in the Treaty of Indian Springs in 1825. Yahola spoke against the treaty, and some sources maintain that he eventually helped to kill McIntosh.”

When Chief Floyd was invited to Indian Springs as a special guest recently, he said that he was “impressed” with the Historical Society’s work preserving local artifacts and stories. He later returned to Georgia with members of the Cultural and Historic Preservation committee to present the Butts County Historical Society with a proclamation celebrating its preservation and depiction of the Muskogee Creek Nation artifacts.

It was during this visit that Floyd invited local BCHS members to visit and tour the Muscogee Creek Nation in Okmulgee.

“We were taken to visit the Council Oak, Old and New Council Houses, the Veterans Affairs Office, the Veterans museum, the Oklahoma History Center, the Five Civilized Tribes Museum, and the Chief’s office,” said Toni Phillips.

Phillips said that one highlight was the food.

“We were treated to a luncheon at the Chief’s office consisting of Native American foods cooked for us. We drank Sofkey, which is a sour corn drink. We also ate CV’TO, which is a blue dumpling, more like a bread. We also ate grape dumplings, hominy with pork, rice and beans and fried breads.”

Eddie Phillips said that he also enjoyed the food, but also touring all of the sites.

“I would enjoy doing it all again,” he said.

During Artifacts day in October, Archeologists from Macon identified it, and the Historical Society voted to take it to Oklahoma to the Nation

Willis also presented the Chief and the tribe a framed sketch of the Indian Springs Hotel Museum. Wood for the frame came from the Hotel.

At the January 23 meeting of the BCHS at 7 p.m. at the Daughtry Building, Marian “Vonnie” McCormick, Principle Chief of the Lower Muskogee Creek Tribe and their current existence as recognized by the state of Georgia, will speak.

Plans also include further meetings with members of the Culture and History Department of the Musocogee Nation as the BCHS makes their museum displays more accurate. The members of the Society will share their trip at the Feb. 28 meeting of the Butts County Historical Society at the Daughtry Building at 7 p.m. The public is welcome. Refreshments will be served.

1,000 Army recruits made history by taking an oath of enlistment from an astronaut in space

Biggest explosion in the universe spotted by astronomers

Anheuser-Busch CEO forgoes bonus as the brewer gets clobbered