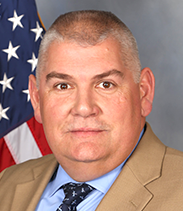 The first meeting of the Butts County Board of Commissioners in 2021 had several appointments take place, including the appointments of a new commission chairman, a new county manager, and a new law firm to handle county attorney duties.

The posts of chairman and vice chairman of the Butts County Board of Commissioners are appointed each January from among the five board members to serve a one-year term. District 1 Commissioner Ken Rivers was elected chairman in 2019 and 2020, but resigned at the last meeting of 2020 following an executive session to discuss an employee personnel matter, a potential litigation matter, and a piece of real estate the county might have interest in. The board took no action following the executive session, however, Rivers made the following statement, then left before the meeting was adjourned.

The most affordable states to buy a house in 2021

Why do people choose to live where they do? Cost is a major factor. Using U.S. Census data, Rocket Homes released a list of the most affordable states to buy a home in 2021.  Click for more.

“As Chairman, I have done my best to communicate and represent the board well, and recently I’ve become aware of phone calls and secret meetings and discussions that affect the entire board,” Rivers said. “Some of these actions have caused me great concern in what I consider to be a declining moral character of some of the commissioners. For these reasons, I’ve made the decision to no longer represent this board as Chairman. I will continue to do my best to represent District 1 of Butts County as a Commissioner and with that, I will hand the gavel to the Vice Chairman and excuse myself.”

At their Jan. 11 meeting, Vice Chairman Douglas was unable to be present in person, but was present by cellphone. Deputy County Manager Michael Brewer handled the election of a new chairman. Henderson nominated District 3 Commissioner Joe Brown to be chairman. With no other nominations, a motion was made, seconded and unanimously approved to close the nominations. A roll call vote was held to ratify the nomination of Brown and was 4-1 in favor, with Rivers casting the dissenting vote.

Douglas was elected to serve another year as Vice Chairman by a unanimous vote.

The next item was approval of the minutes of the December 14, 2020 meeting. Douglas made a motion to approve the minutes with the amendment of deleting the first two sentences of the statement Rivers had made at the December meeting from the minutes. The motion was approved by a 4-1 vote, with Rivers dissenting.

“It is an honor and privilege for me to introduce Brad Johnson to you as your new county manager,” Layson stated. “Brad has been a lifetime resident of Butts County... He retired from Henry County with 32 years of service there; he was assistant fire chief and assistant county manager there for a period of time. We’re very fortunate to have him.”

Johnson took over as county manager on Jan. 1 and told the board he is still in the learning process.

“I’m happy to be here,” said Johnson. “I have enjoyed the last week working with the great team here and I’m excited to be a part of your team and the staff who do a great job every day. I look forward to moving the county forward with the help of the board and the staff.”

Brown said Layson isn’t leaving totally, and will be finishing out some projects for the county.

“For me personally and the board, I’d like to thank Steve for what he’s done,” said Brown. “Steve came in and helped rebuild Butts County and our staff, and we now have a staff comparable to none. They’ve done a great job under Steve’s leadership and guidance. Thank you, Steve, for that.”

The BOC approved a motion to change the agenda and move the annual appointment of a county attorney from the beginning of the agenda to after executive session. At the end of the regular agenda items, they moved into executive session to discuss real estate, litigation, and personnel issues.

When they returned out of executive session back into open session, Russ Crumbley made a motion to appoint, by special resolution, the firm of Smith, Welch, Webb and White and in particular, attorney Andrew J. “Andy” Welch, III as the new county attorney, with Ben Vaughn and Brandon Bowen retained as special counsel for particular projects pending. This was seconded by Mr. Douglas and adopted with unanimous consent.

Following the meeting, Brewer said the board felt the county needed representation by a firm that could handle all legal issues such as zoning, personnel and general legal issues rather than having multiple different attorneys handling different things, and chose Smith, Welch, Webb and White as that firm.

The board did want Vaughn to continue working on matters related to the landfill (occasional and intermittent) and Bowen to see the rock quarry process through rather than change midstream. Once those issues are concluded, the county will transition to Smith, Welch, Webb and White to handle all legal needs in the future. Welch, who retired from the state legislature in December to focus all his time on his law firm, will be the lead counsel for Butts County.

The latest on the coronavirus pandemic and vaccines

Myanmar military occupies hospitals and universities ahead of mass strike