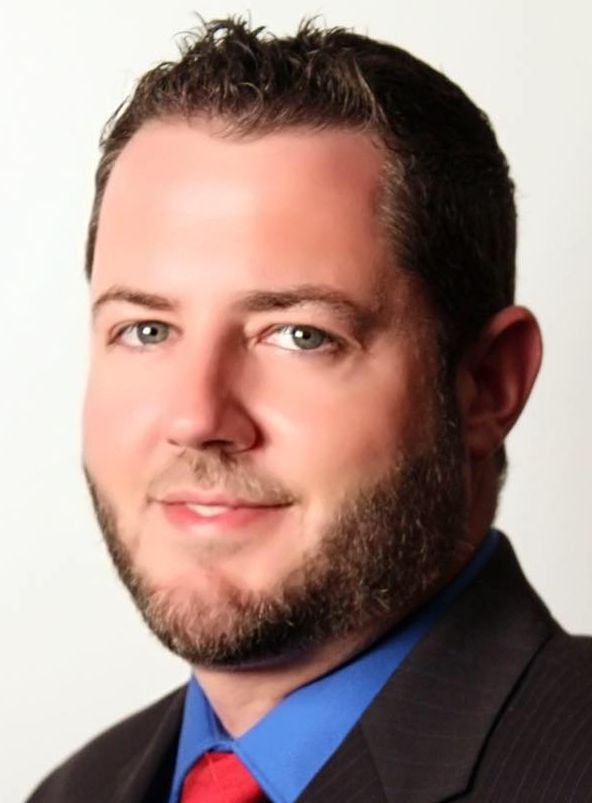 With the Virginia legislature in the national spotlight for several gun safety laws moving through the Democrat-controlled House and Senate, and with Georgia also considering a “red flag law,” local government officials are looking at ways to protect the gun rights of their residents.

In north Georgia, the Habersham County Board of Commissioners approved a resolution Jan. 20 to make the county a “Second Amendment Sanctuary County.” The resolution prohibits the county sheriff from enforcing any unconstitutional firearms law against a county resident.

Habersham is the first Georgia county to vote itself as a Second Amendment Sanctuary, but Butts County may not be far behind in following suit. Both Sheriff Gary Long and Butts County Commission Chairman Kenneth Rivers have expressed their beliefs that such gun restrictions violate the 2nd Amendment to the U.S. Constitution.

“The job of the sheriff is to protect the rights of the people,” Long said in a Facebook post. “If you look what is happening in Virginia, it is a clear violation of the 2nd Amendment. Even though we live in Georgia, we have to be proactive to ensure this never happens to us.

“As long as I am sheriff, no one will ever strip the law abiding citizens of their rights to keep and bear arms. If they try, I will stand shoulder to shoulder with the citizens to protect our rights!”

Rivers posted a similar statement on his Facebook page.

“Whenever I turn on the news and hear the words ‘gun control,’ all I hear is someone is once again trying to violate our rights given to us by the U.S. Constitution. I think there is work that can be done on the local level to stop this from ever happening in Butts County.”

Rivers told the Progress-Argus that he plans to have a resolution similar to the one approved in Habersham County ready for discussion by the Board of Commissioners at their work session on Feb. 4.

“I’m a strong supporter of the 2nd amendment and will do what I can at the county level to see that those rights are not infringed upon,” Rivers said. “I have a copy of the resolution that the Habersham BOC passed and I have given it to our attorney for review. I plan to have the resolution on the February workshop agenda for discussion. The Sheriff and I have been in communication and he is willing to work with us on crafting this resolution for Butts County. It is important for us to be proactive.”

There are also bills in the Georgia General Assembly addressing the issue of gun safety and protecting the 2nd Amendment.

Dist. 80 State Rep. Matthew Wilson (D-Brookhaven) last year introduced a red-flag bill (HB 435) that would have allowed family members or law enforcement officers to petition a judge to remove guns from potentially dangerous individuals — people who’ve made explicit threats, have mental health issues or have inflicted self harm. It never made it out of the House, but could be brought up again this session.

Meanwhile Dist. 131 State Rep. Ken Pullin (R-Zebulon) has introduced a measure to restrict any potential red-flag gun laws from being enacted. He is calling the measure the “Anti-Red Flag — Second Amendment Conservation Act.” It would make it illegal to enforce red flag laws in Georgia, establishing a maximum penalty of three years in prison and a $5,000 fine.

We’re witnessing a sea change in the sanctuary movement. I've always believed that these partisan laws could be defeated by simply denying assistance to federal or state law enforcement. Clearly, federal and state resources alone are woefully inadequate to enforce such things as red flag or bayonet lug violations. Clearly too, they could not begin to undertake such an effort without local law enforcement assistance.

If deputizing thousands in Culpeper County, Virginia, to physically resist federal and state law enforcement, is representative of this nationwide movement, it’s a rebellion against one issue which could rapidly expand. As of mid-January, 475 counties already have proclaimed sanctuary status. Almost 70 percent of the counties nationwide are projected to declare allegiance to the Constitution and refuse to enforce laws that violate it. That would comprise 472 counties with only one murder per year plus 1,700 counties that have no murders at all.

If that materializes, a desirable result would force federal and state enforcement to concentrate on the 63 counties (2% of the total) where half of America’s murders occur. And if federal and state law enforcement concentrated on the largest cities, instead of threatening peaceable citizens, they could wipe out most of the gang members, mobs and serious felons. Crime rates would plummet and the democrats might just shut up about this issue.

But it’s possible that crime reduction isn’t their goal. In that case, they might be emboldened to go after the peaceable, lawful counties that have virtually no murders and very little crime. Armed confrontations between local law enforcement and federal-state enforcers could easily flare and if new deputies are thrown into the mix, I'd put my money on the local forces even if half are untrained amateurs.

And any governor tempted to oppress a sheriff should pay heed to the words of President James Madison. He said, “…local or municipal authorities form distinct and independent portions of the supremacy, no more subject, within their respective spheres, to the general authority than the general authority is subject to them, within its own sphere.” (Federalist 39)

“There is no lawful authority for judges or a court to direct the law enforcement activities of a county sheriff. He’s not a part of the judiciary, and holds executive power and can set up a court, empanel a jury, and form a militia or posse to protect the rights of those he represents.”

In other words, county sheriffs have the constitutional authority and duty to protect the citizens, by force if necessary, even if it means authorizing a militia.

How confident are you that football will be played this fall?