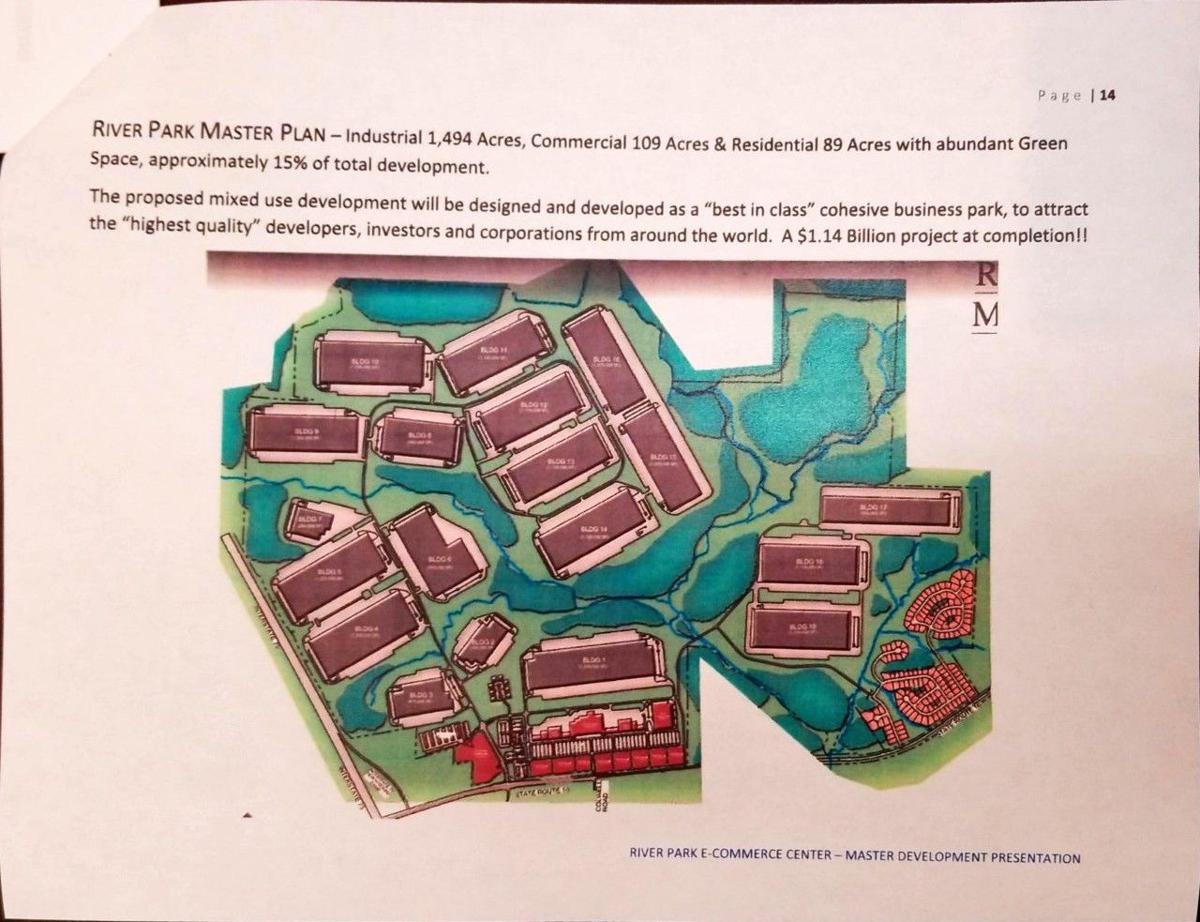 The River Park master plan calls for as many as 19 industrial buildings for a total of more than 16.1 million square feet. 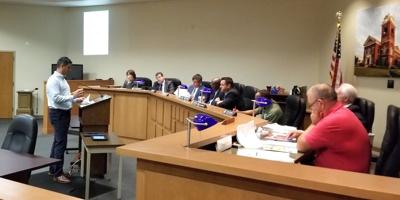 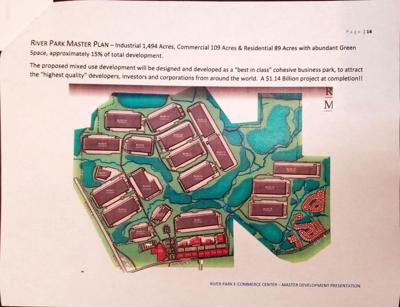 The River Park master plan calls for as many as 19 industrial buildings for a total of more than 16.1 million square feet.

Commissioners on Monday delayed a vote on a request to rezone a swath of western Butts County for a massive industrial and commercial development.

The rezoning case of the River Park development, by LGS Industrial LLC, was on the Board of Commissioners’ agenda for its 6 p.m. meeting Monday. In a pre-meeting workshop, developers discussed the plan with commissioners, and indicated they would remove from consideration a previously planned residential component of the project. They also asked in the workshop that commissioners table the application so a development agreement could be drafted.

LGS Industrial is proposing a multi-use development at the Ga. Highway 16 interchange with Interstate 75 that would include 1,225 acres of industrially zoned property and nearly 110 acres of commercial development. Its original plans called for 89 acres of residential property that would include a gated community of up to 200 single-family homes.

Property developer Doug Adams of LGS said after Monday’s workshop that 550 acres east of the Towaliga River were no longer part of the River Park plan.

According to plans submitted to Butts County planning officials as part of the rezoning application, the development would include as many as 19 industrial buildings for a total of more than 16.1 million square feet.

John Palmer, president of Falcon Design Consultants, which has designed the plan for the development, noted it would be a 20-year project with a value of up to $1.14 billion when completed.

Butts County Zoning Administrator Christy Lawson told the Planning Commission last month it “may be the largest single development the county has ever had.”

During the pre-meeting workshop, attorney Andy Welch said he had been retained by the developers to assist with the drafting of a development agreement between the county and LGS, or any future owner of the property, that would guide how the property is developed and put in place milestones that would trigger the issuance of permits. During the workshop, Commission Chairman Ken Rivers pushed to include in the agreement a stipulation that the roadway developed inside the project would remain a private roadway maintained at the developer’s expense.

Welch on Monday asked commissioners to delay a vote on the rezoning application while that agreement is negotiated with the county’s attorneys and commissioners.

During a public hearing on the project held during the commission’s regular meeting on Monday, proponents of the development pointed to a substantial increase in Butts County’s property tax base likely to result from the project. Speaking in favor of the project were attorney Byrd Garland, Jackson Mayor Kay Pippin and businessman Bill Jones of Jones Petroleum.

Two Butts County residents — Wade Barron and Mark Audet — spoke during time in the hearing allotted for members of the public opposed to a project, asking commissioners to carefully consider the plan and its potential impact on residents.

Barron focused on potential crime, and asked if 19 warehouses were needed in Butts County.

Audet said he moved to Jackson two years ago when McDonough became too congested. “It would take 30 minutes to go 5 miles,” he said.

After the hearing, a motion by Commissioner Russ Crumbley to deny the rezoning request failed 2-3, with Crumbley and Rivers in favor.

A subsequent motion by Commissioner Joe Brown to delay a decision until the development agreement is drafted passed unanimously.

The Board of Commissioners could take up the agreement at its next scheduled meeting, Nov. 4.

During a public hearing Thursday, the project faced some opposition from Butts County residents and questions from others.

The proposed development would also include 109.8 acres of commercial property and 89 acres of residential property.

Jon Rahm on top heading into final round at Torrey Pines