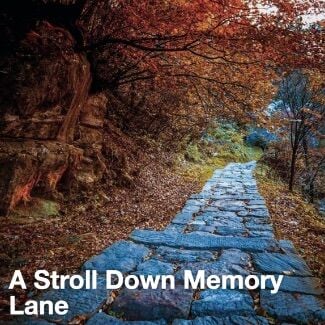 Do you know what your property is worth? The Butts County Board of Commissioners, at the request of the county’s Board of Tax Assessors, on Monday approved a letter directing the assessors to recalculate property values across the county.

Cliff Darnell of Flovilla and his dog, Sweet Pea, are recovering from being bitten last month by a pair of Copperhead snakes. Darnell and Sweet Pea were on a leisurely post-dinner walk when they came across the snakes in a pile of leaves and brush that he had collected the day before. Darnell was bitten on each foot, and Sweet Pea was bitten numerous times.

The second annual Jackson Alive — the Family Festival brought roughly 5,000 participant to the downtown square in Jackson on Saturday, according to organizers. With 130 vendors staked out on sidewalks, the courthouse lawn and in the street, there was something for just about everyone to enjoy.

A Jackson man suspected in the Aug. 28 robbery of the Chevron gas station on Ga. Hwy. 16 near I-75 was caught by Atlanta police early Sunday morning. Darius Johnson, also known as “Fat,” was picked up after allegedly breaking into a car in Atlanta.

Denise Barnes, branch manager at the Hamilton State Bank in Jackson won the recent Jackson-Butts County Council for the Arts painting raffle. Artist R. Scott Coleman, who donated the watercolor painting for the raffle, said the fundraiser brought in more than $1,000 for the council.

Butts County Manager Greg Popham updated the Board of Commissioners at their Oct. 8 meeting on proposed plans for the county to seek as much as $200,000 to construct a 3,300-square-foot building to be used by the Georgia Department of Corrections for probation and detention services. The DOC would guarantee a lease on the building that would reimburse the county for the cost of the building in five or six years.

A group of 25 mission volunteers from middle Georgia left Sept. 25 for a trip down under, joining about 400 other tradesmen to construct a church being built by the Gold Coast Christian Family in Australia, “This was like an old fashion barn-raising,” said Rev. Ed Hoard, who coordinated the trip.

Abby Fletcher was named Homecoming Queen of Jackson High School during halftime of last Friday’s Red Devil football game. She was accompanied at the ceremony by her father, Bill Fletcher.

Looking for a new way to get around in Jackson? How about a horse-drawn carriage? Though the carriage rides have been going on for some time, the presence of horses in the city violates a city ordinance. The Jackson City Council approved a permit for several upcoming scheduled carriage rides at its Oct. 2 meeting.

Several area women, including Linda Haag and Gail Bush, were among the 3,000 participants in the Avon Breast Cancer 3-Day Walk that finished at Atlanta’s Piedmont Park on Oct. 7.

Correctional Sergeant Dwayne McIntyre has been selected as security employee of the quarter for the Georgia Diagnostic and Classification Prison in Butts County. Sgt. McIntyre and his wife, Michelle, who is also employed at GDCP, reside in Jackson.

Latest unemployment figures from the State Department of Labor show the local rate at 7.4%, up from the 6.2% a month earlier.

Ralph Wilson Associates, specializing in advertising promotions, opened for business Sept. 13 in the basement of the old post office.

The 30th Chief of the Carmichael Clan, 26th Baron of Carmichael lands, visited Butts County recently and was the guest of J.R. Carmichael. The Baron opened the annual Stone Mountain Scottish Games.

The Rev. Thomas Perkins, now retired, has been named “Pastor Emeritus” by the First Baptist Church of High Falls.

Taking top honors in the McIntosh Road Races at the Fall Festival were Katherine Carmichael and Larry Pickett.

Laurice Carter is the new Homecoming Queen at Piedmont Academy in Monticello.

Margaret Etheredge and Elena Carter won a number of ribbons at the Georgia State Fair in Macon for their roses, chrysanthemums and marigolds.

Superintendent William B. Jones reports that the local school system will receive $92,000 from the state for purchase of new classroom equipment.

A fire Wednesday did considerable damage to the kapok storage room at Fashion Pillows.

Richard Ballard proved to be the best football prophet of the week, with Mrs. T.E. Robison Jr. taking second place.

The JHS chapter, Future Homemakers of America, won first place in the booth competition at the Butts County Fair. Mary Glidewell was in charge of the club’s entry.

In a sweepstakes drawing Friday night at the football game, Walt Robertson of Riverdale won the crystal chandelier.

California oil spill that shut down beaches was about 25,000 gallons, well below earlier estimate