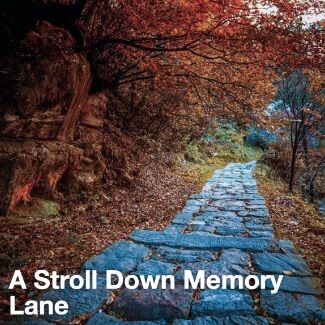 ♦ The Butts County Board of Commissioners on Monday voted, after a closed-door discussion with Development Authority officials, to release $94,000 already dedicated to the authority for the Riverview project under the 2001 Special Purpose Local Option Sales Tax.

♦ The biking and hiking trail connecting Indian Springs State Park to Dauset Trails Nature Center, a project that had been in the works for some 10 years, finally opened June 2, to the delight of outdoor enthusiasts.

♦ Dexter Talmadge, a Forsyth businessman, was finally granted a business license by the Flovilla City Council — following three motions — for a bar called Bottoms up Bar and Grill, in the former location of the Locals Cafe at 1637 Ga. Hwy. 42 South.

♦ Isaya Johnson, 15, a rising sophomore at Jackson High School, is waging a campaign to re-open the small skateboard park at the Butts County recreation complex to give local skateboarders a place to gather.

♦ Jackson resident Ted Staples was recently appointed by Georgia Bureau of Investigations Director Vernon Keenan to the post of assistant deputy director at the State Crime Lab. Staples has been employed by the agency for more than 25 years.

♦ Mike Parris told the Jackson Progress-Argus last week that he will not be the athletic director at Jackson High School next school year. Josh Lowe will serve as athletic supervisor.

♦ The county has received approval from the state of Georgia for new district lines for Butts County Board of Commissioners and Butts County Board of Education. Officials now await pre-clearance from the United States Department of Justice to learn whether or not the lines are truly final or require redrawing.

♦ Both Carmichael Insurance Agency and Brown’s Furniture are celebrating their 50th anniversaries this year.

♦ At the recommendation of Butts County Manager Gregory Popham, the Board of Commissioners retained the services of a local architecture and engineering firm to help plan and design the pending county administration building. It’s cost is estimated between $1.82 million and $2.21 million, which will be paid out of the county’s current SPLOST.

♦ Angelica Davis, a 2002 graduate of Jackson High School, is attending Georgia State University this summer on a Presidential Scholarship. She has also been awarded a scholarship to Loyola University in New Orleans, La.

♦ Stephanie Rivers of Jenkinsburg was among 47 students honored as state winners during the 60th Annual State 4-H Congress in Atlanta this week. Rivers earned a trip to the National 4-H Congress Nov. 29-Dec. 3 in Atlanta. Rivers, daughter of Glen and Deborah Rivers, won in arts and crafts.

There was good news for property owners in the announcement by Tax Commissioner Hilda Ja♦ mes that the 1992 tax rate will be 25.142 mills, as compared to 26.674 last year.

♦ Barry Fincher, warden with the Game and Fish Commission, displayed this week a nine-foot illegal fish basket, which he described as the “largest I’ve ever seen.:♦

♦ The old Flovilla School House sign, now on display at the community center, proclaims “1885-1932, reading, rithing and rithmetic, taught to the tune of a hickory stick.”

♦ Lem and Ruth Watkins celebrated their 60th wedding anniversary June 28 with a reception at the First Baptist Church.

♦ The building housing the Indian Springs Baptist Church has been deeded to the Butts County Historical Society. The church was founded in 1825 and originally met in a log cabin.

♦ Value-Mart opened a store in Jackson this week at 922 E. Third Street.

♦ The home of Mr. and Mrs. Wayne♦ Pike on 132 Forrest Avenue was gutted by fire Thursday night. Defective wiring was believed to be the cause.

♦ In the Kiwanis-sponsored Community Walk, Ed Pinckney was awarded a plaque for finishing first and raising the most money; Harvey Hall for being the oldest walker, and Lillie Ann Hall for the being the youngest.

♦ Angelyn Hearn is a sweepstakes winner in the search for a pound of gold in an Atlanta contest sponsored by Dodge trucks.

♦ Rev. John Huggins of Highlands has been assigned to the Jenkinsburg Charge, succeeding Rev. Gordon Fincher.

♦ Richard McMullen has been awarded a four-year scholarship to Morehouse College in Atlanta.

♦ Mrs. Asa O’Neal showed this week a two-pound Beefeater tomato she grew in her garden.

♦ The Towaliga Homemaker’s Club is planning their 50th anniversary celebration this November.

Most popular girl names in the 70s in Georgia

Stacker compiled the most popular baby names for girls of the 1970s in Georgia using data from the Social Security Administration. Click for more.

In 'zero-Covid' China, a daughter's struggle to get her father medicine hits a nerve