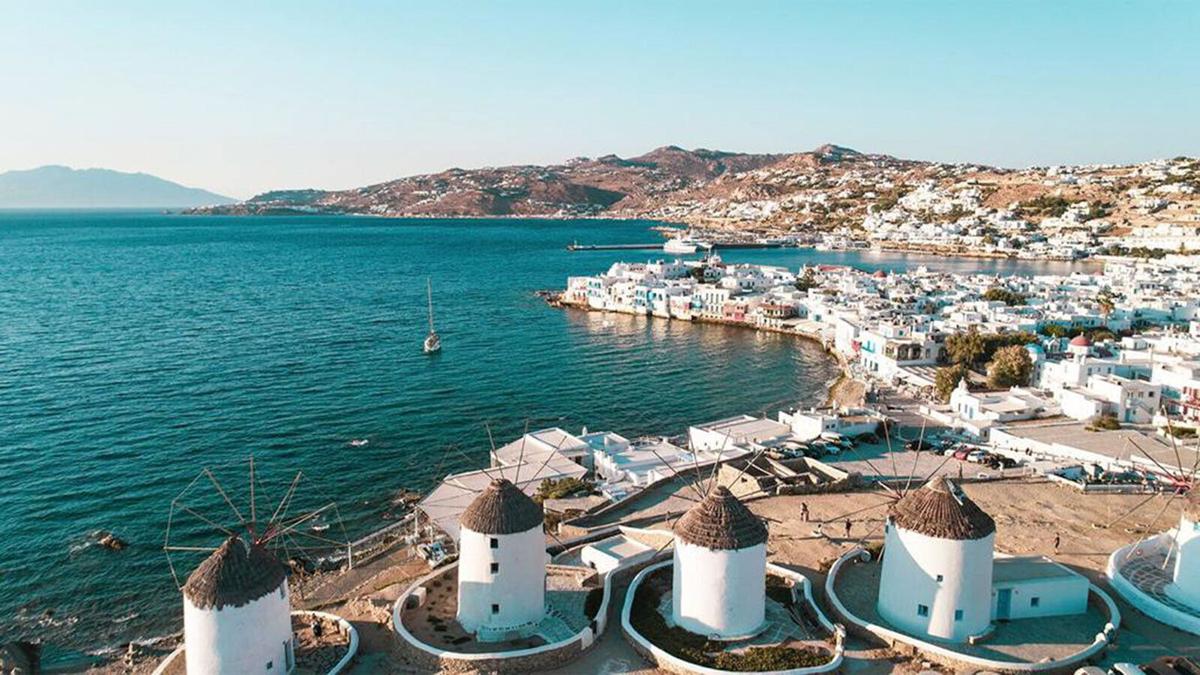 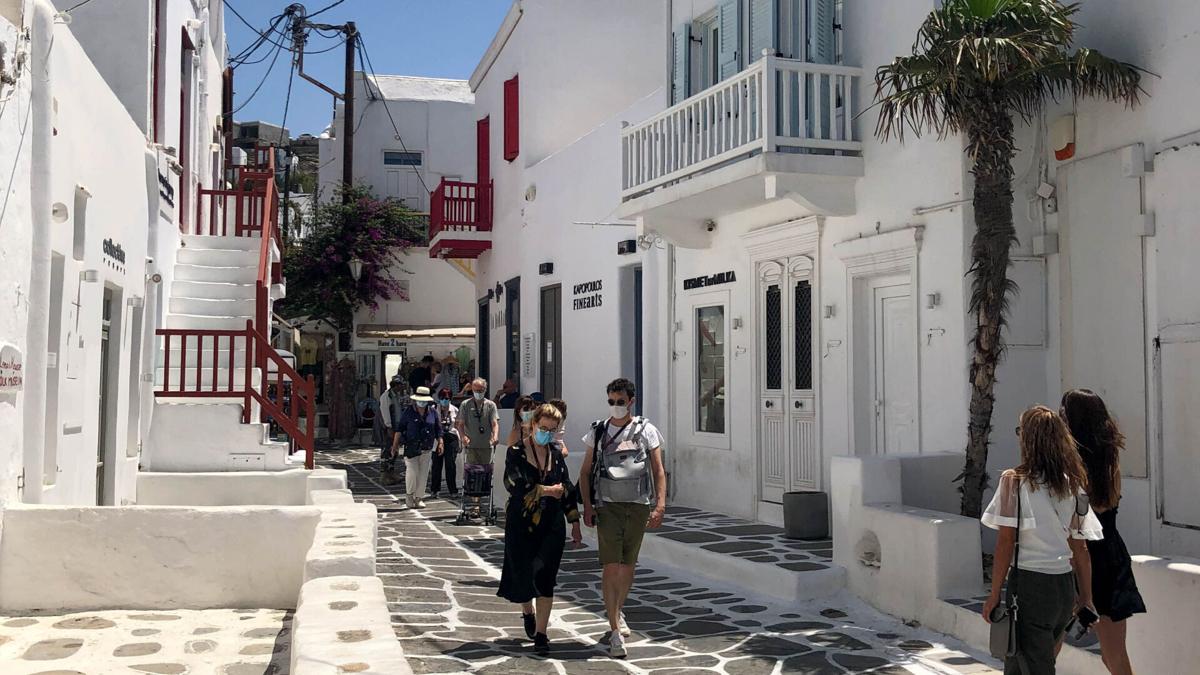 Visitors are already starting to trickle back to the party island. 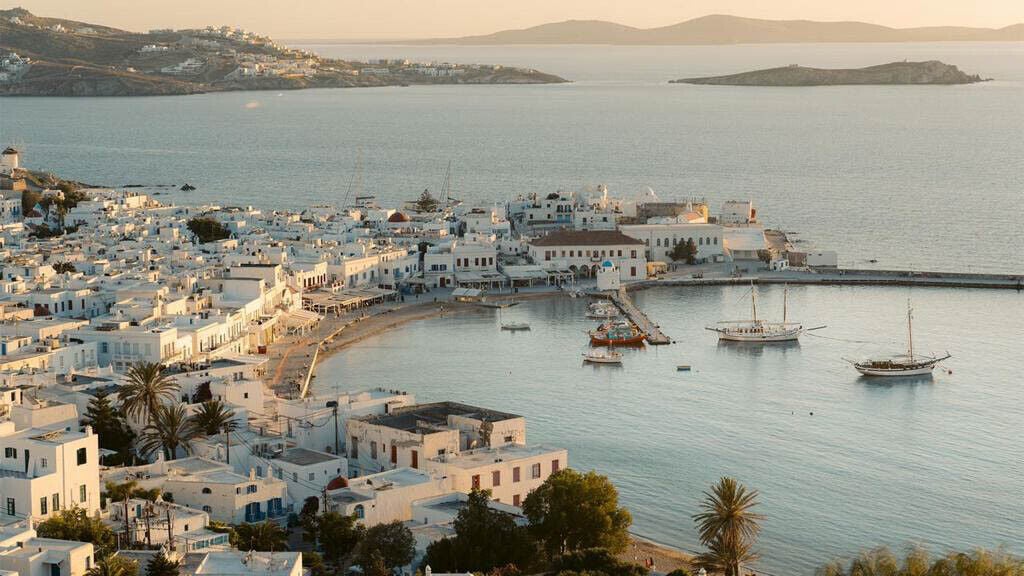 Venue owners on Mykonos hope the Covid vaccine will be the "magic recipe" to reviving nightlife. Mykonos Municipality 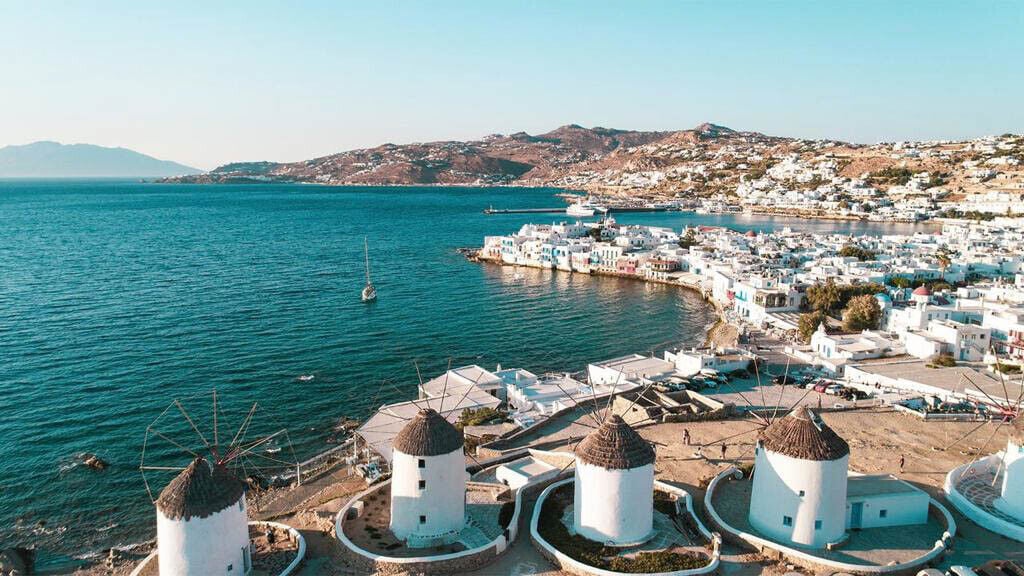 Mykonos is famous for its nightlife. Mykonos Municipality 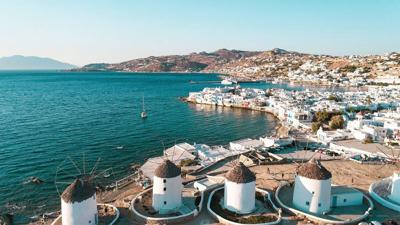 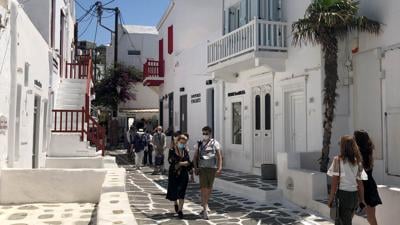 Visitors are already starting to trickle back to the party island.

Venue owners on Mykonos hope the Covid vaccine will be the "magic recipe" to reviving nightlife. Mykonos Municipality

Mykonos is famous for its nightlife. Mykonos Municipality

Two weeks after the country's official tourist season was declared open, everything is silent except for the work of bringing the place back to life.

In the main town's maze-like alleyways, where during the busy summer months social distancing is easier said than done, work crews paint luxury shops. If all goes well, they will soon again be the backdrop of thousands of Instagram photos.

At beach bars across the island, the speakers that normally pump out basslines and beats are silent, the only sound coming from the sea. Music still isn't allowed in venues despite the easing of restrictions to allow use of outdoor areas.

Clubs remain shut, hoping to soon reopen as Operation Blue Freedom picks up pace. This is the name of the Greek government's plan to declare 80 islands -- including most of the country's top tourism destinations -- Covid-safe by the end of June.

The key is an aggressive vaccination campaign to jab every island resident. Visitors are only to be allowed to come if they've been vaccinated, recovered from infection, or have a negative PCR test.

At the Mykonos Health Center, vaccination appointments are fully booked, with over half of the island's population having received at least one shot.

Real estate agent Jerry Markantonatos has just received his jab. "I've been waiting for this moment since the first day that the virus started spreading," he tells CNN.

"Honestly, I feel very lucky because I'm in the tourist business, I have a family, parents. So for me it's a big relief that as everybody that will visit Mykonos and Greece has to prove they are negative and we are also vaccinated we can ensure protection. Definitely Mykonos will be a Covid-free island this summer."

Greece's post-Covid economic recovery plans are driven by tourism. The industry accounts for 18% of the Greek economy and one in five jobs. It's the same industry that helped Athens out of a 10-year financial crisis that ended just before Covid hit.

Last year, the country received less than a third of tourists compared to 2019, when over 31 million visited, according to the UNWTO, the UN's tourism body.

"Mykoneans were shocked to see their island with only a trickle of the tourists they are accustomed to," says mayor Konstantinos Koukas. "But this year all indications show arrivals could double those of 2020."

With the country's government keen to roll out the welcome mat, Athens has been taking steps that exceed those of other major tourist-dependent Mediterranean nations.

In early April, while under lockdown and seeing a surge in cases, Greece opened pathways for leisure travelers from select countries that had made rapid progress in vaccinating their populations.

On April 19 it became the second EU country, after Croatia, to permit Americans to arrive without quarantine. The move marked the first time the country has been open to American visitors since March 2020 when Greece entered its first lockdown at the onset of the pandemic.

With US visitors being Greece's biggest spenders, Athens is banking on a summer surge in American travelers fueled by an increase in US airlines direct flights between the two countries. The US ambassador to Greece, Geoffrey Pyatt, recently praised this summer's "record number of nine daily direct flights by US airlines to Greece."

Things are more complicated in Mykonos, where unlike many other idyllic destinations, the island's brand and revenue are shaped around nightlife, described by a local club owner as a "tough nut to crack" in Covid-era logistics.

Although the US State Department recently added Greece to its long list of countries with the designation "Level 4: Do Not Travel," the promise of a Covid-free Mykonos has generated increased interest from global travelers -- particularly from the United States, says Iraklis Zisimopoulos, CEO of the Semeli Hospitality Group, which includes hotels, bars and restaurants on the island.

"We receive a lot of questions, though not all translate to bookings yet," he says. "The two main questions are if we are all vaccinated and whether guests can really party in the island like they used to.

"We tell them that we expect that by the 1st of July things will be very close to how they used to be before Covid."

Zisimopoulos describes the vaccine as "the magic recipe to nightlife resuming."

Reopening plans globally remain fluid, regardless of how welcoming a country's policies. New variants are a constant worry. A number of countries continue to ban their citizens from traveling abroad. Travelers may be forced to quarantine after returning home.

In Mykonos, this summer's first mega-yachts have started arriving. At the trendy Alemagou Beach Bar and Restaurant, champagne is already flowing and a German bachelorette party is underway. Following many months in lockdowns, a guest from Hamburg in a flowery dress says she and her childhood friends are "living the dream," finally reunited.

"Last year the regulations were there... but we didn't have the vaccinations," says Alemagou co-owner Vangelis Siafidas. "This year we were among the first ones to open. We wanted to show people that they can have a good time and a safe time. This is what makes people book tickets."

International Day of Yoga 2021: Find the path to your well-being

He bought a cheap house in Italy. This is what happened next

MotorTrend: Yes, the Tesla Model S Plaid can go 0-60 in two seconds, but there's a catch

Why this Prime Day may fall flat for Amazon's stock