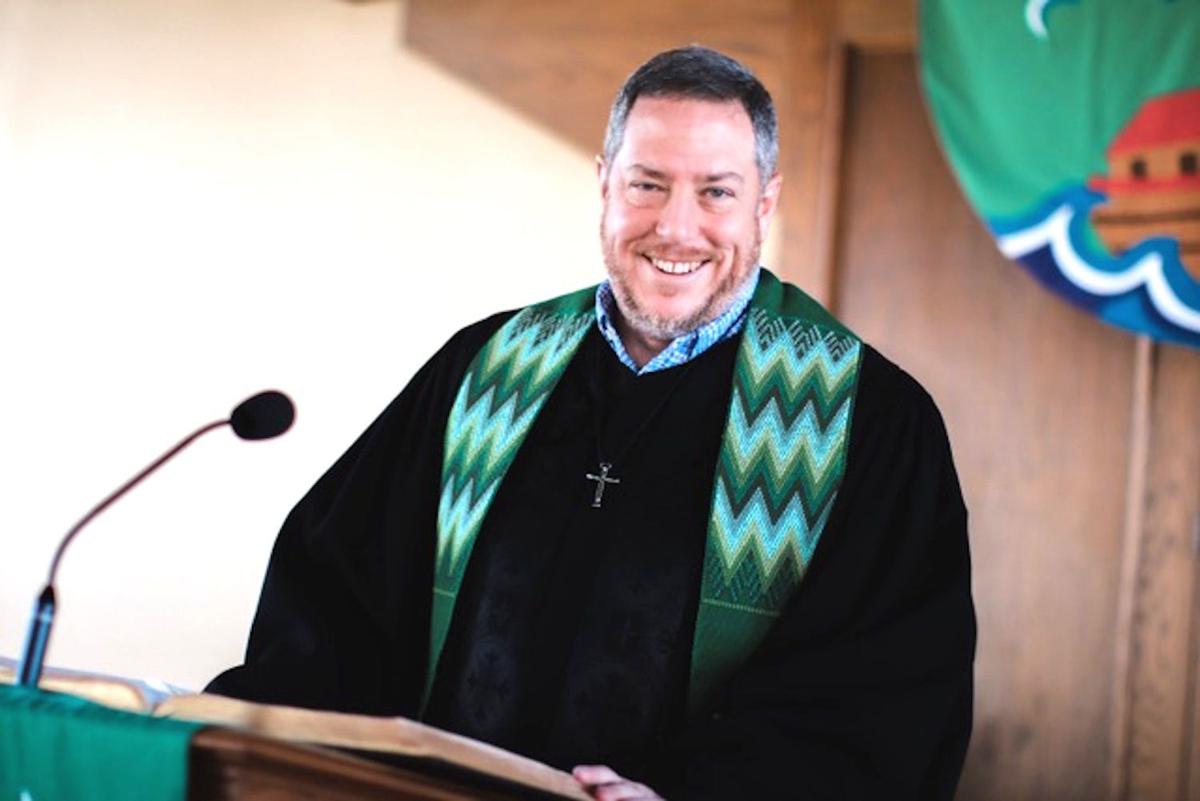 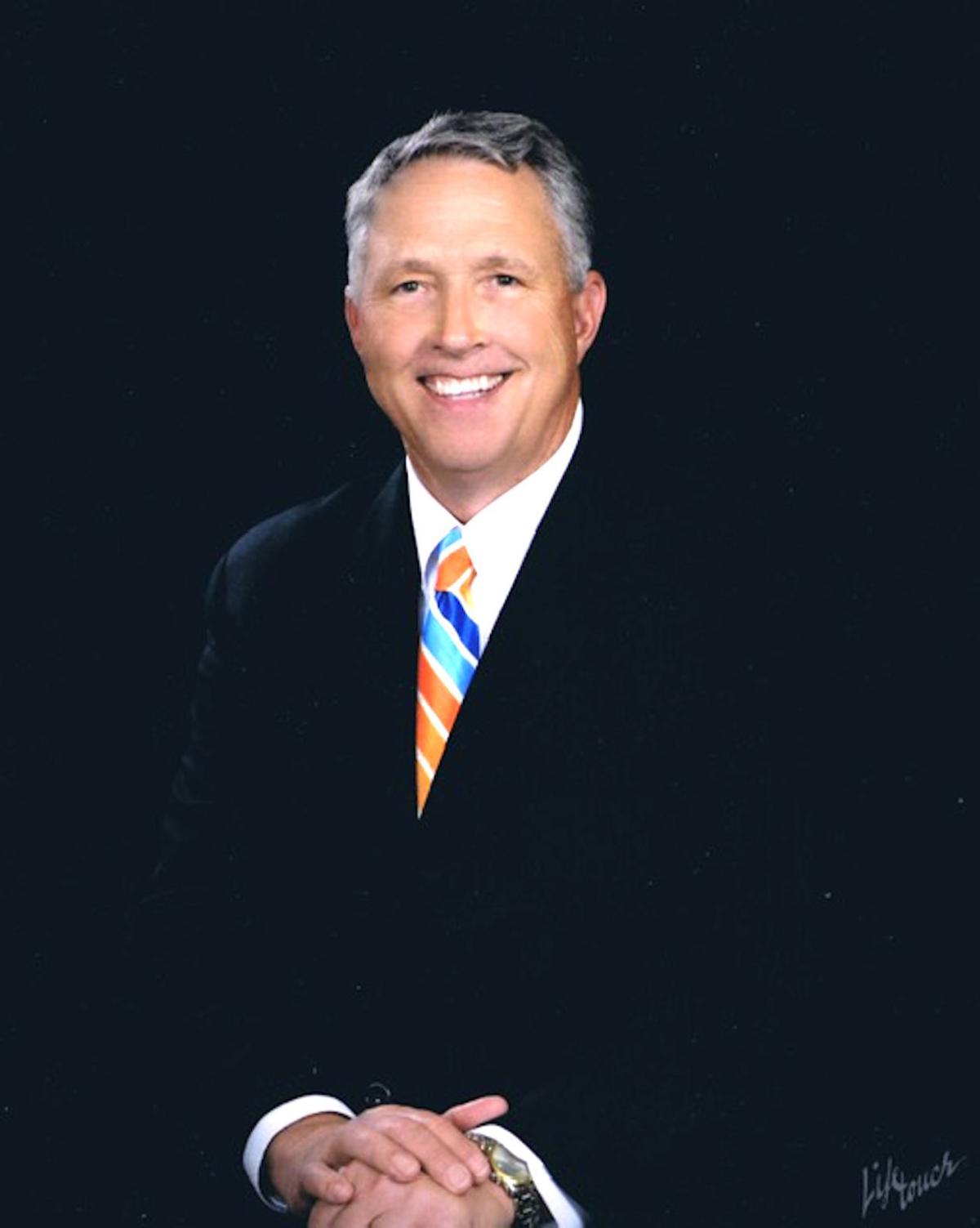 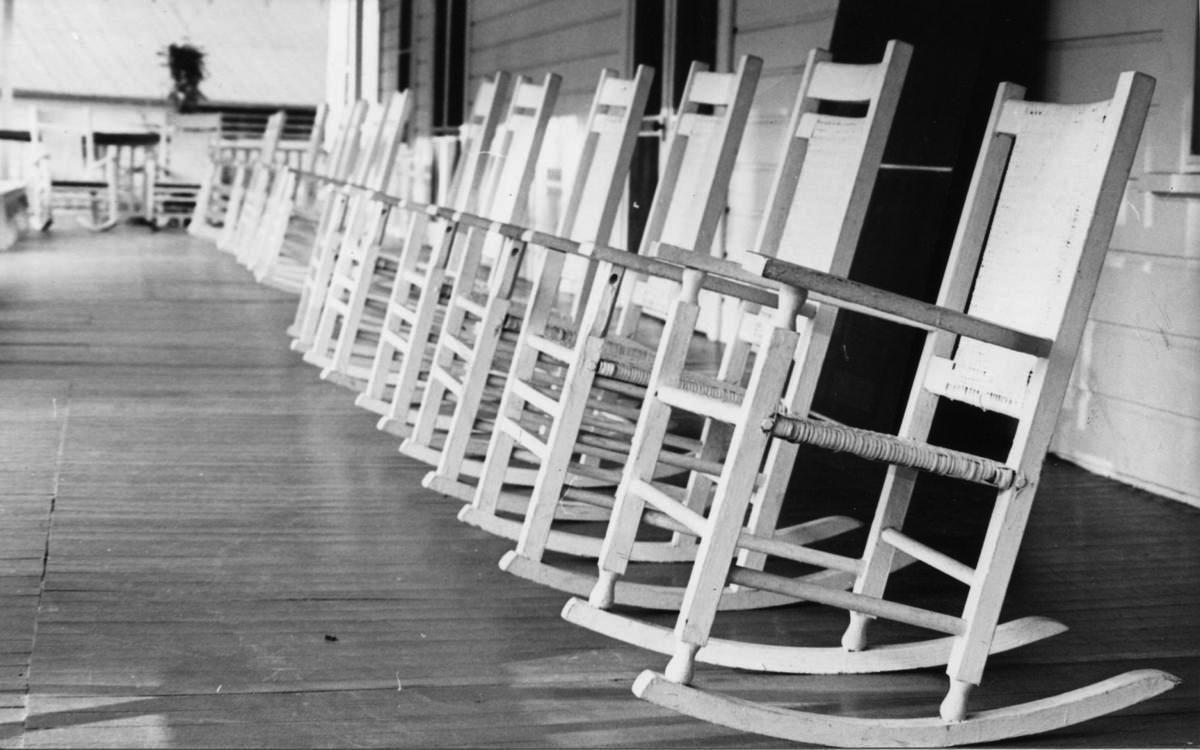 The rocking chairs on the porch at the Salem Hotel will be empty this year due to the worldwide health crisis. 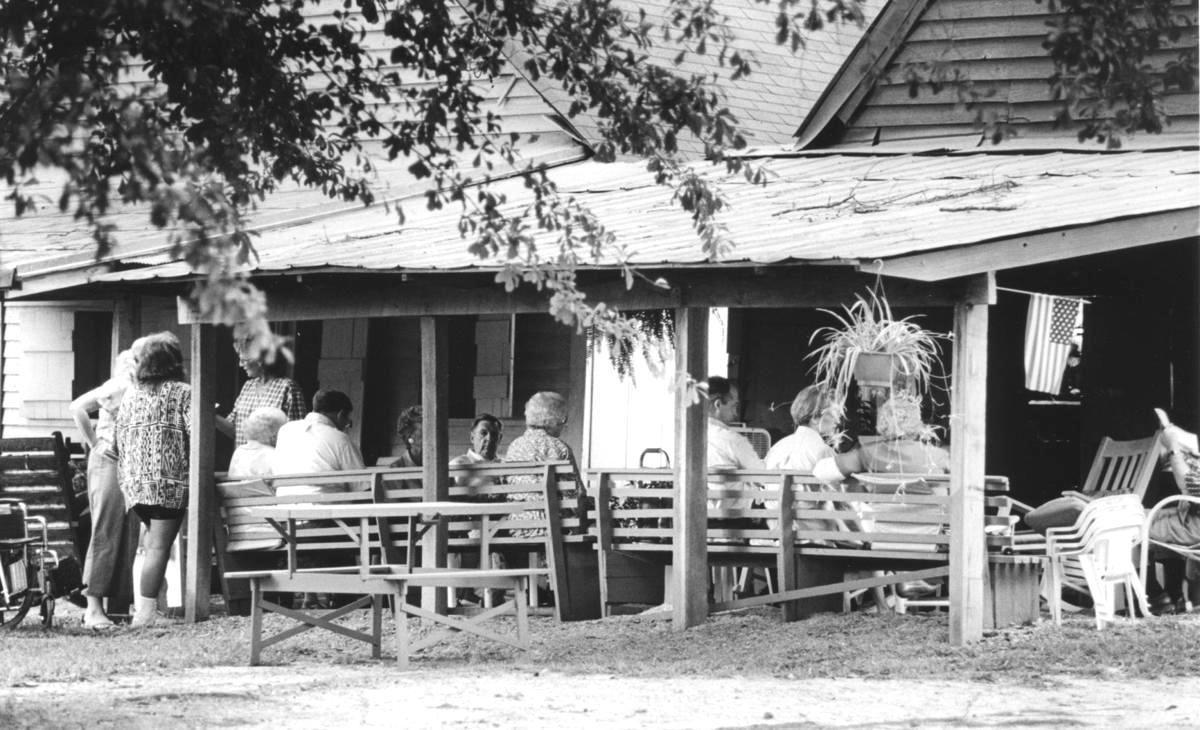 Salem’s campus is covered with beautiful old trees, and the family tents (cabins) are positioned in a semi circle around the tabernacle. 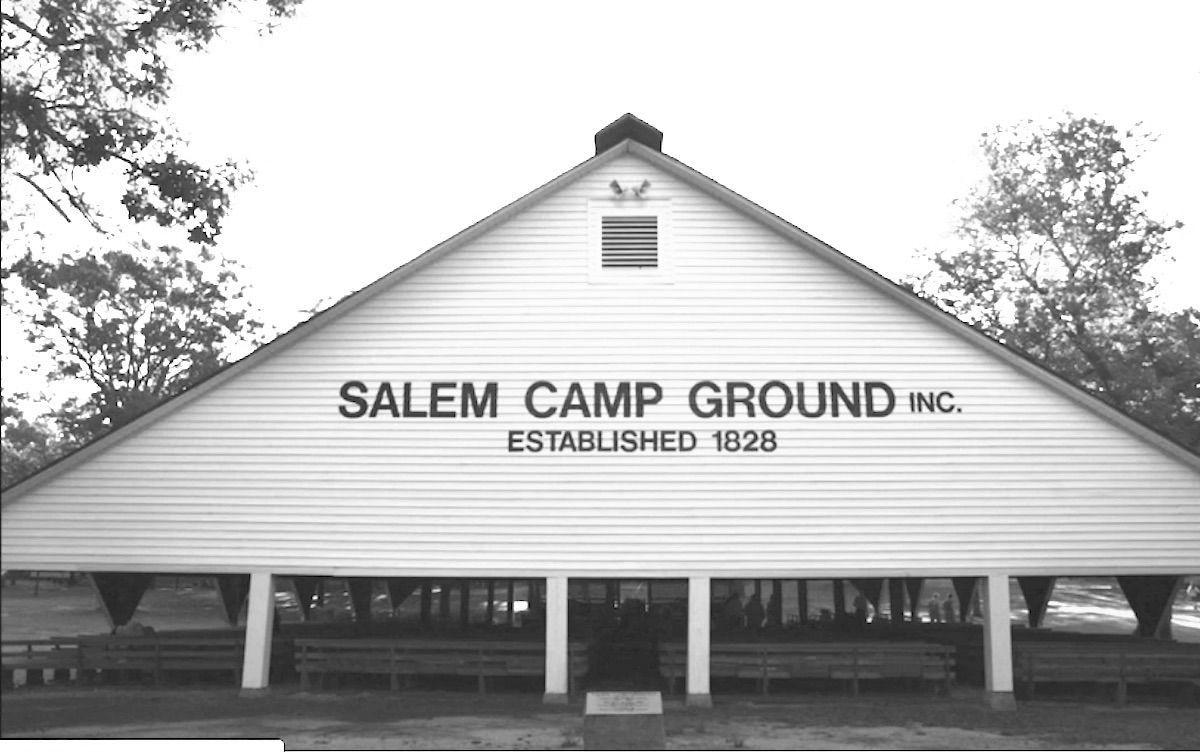 The tabernacle at Salem was built in 1854 and still features wood shavings on the floor. It is on the National Building Survey of the Library of Congress, and the entire campground was put on the National Historic Register in 1998. 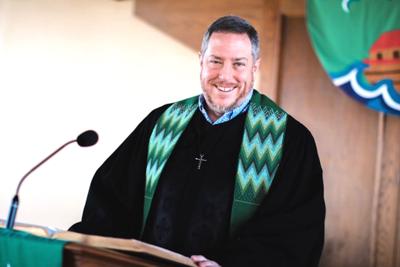 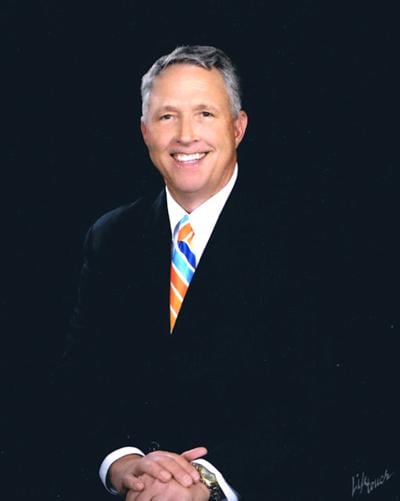 The rocking chairs on the porch at the Salem Hotel will be empty this year due to the worldwide health crisis.

Salem’s campus is covered with beautiful old trees, and the family tents (cabins) are positioned in a semi circle around the tabernacle.

The tabernacle at Salem was built in 1854 and still features wood shavings on the floor. It is on the National Building Survey of the Library of Congress, and the entire campground was put on the National Historic Register in 1998.

COVINGTON — When farm families hitched up the horse and wagon ready to go sing, pray and hear good preaching at Salem's first camp meeting, Georgia was just one of 24 states that made up the Union. A few decades later, that very Union would be put to the test as America's Civil War ultimately claimed more than 620,000 lives.

The first gathering was in 1828, and since its founding only the Civil War would keep worshipers from flocking to Salem Camp Meeting each year. That title held until COVID-19 drew up its battle plans and made its threats known. A different kind of war, but a war nonetheless, COVID-19, a pandemic and scourge appeared to have dealt a death blow this year to the historic camp meeting, much as it has to many other large gatherings of people across the country.

But the leaders of Salem Camp Meeting would not surrender. The 192nd Annual Salem Camp Meeting will take place beginning July 10 — online. This will be the first time Salem, which is one of the oldest existing and thriving camp meetings in the nation, will become totally virtual.

“It's going to be different,” Becky Ramsey said. “We went through a period of grieving for not meeting in person. It was frustrating to everyone on the board. After we got over the initial grief, then we started looking at the opportunity with being virtual and what a blessing it will be.”

Mrs. Ramsey's husband, Sam Ramsey, the former mayor of Covington, is chairman of the Salem board of directors, which is in charge of Salem Campground and the annual meeting that spans a week each summer. Ramsey, along with Roland Vaughn as vice chairman; Dr. Carter Rogers, secretary and treasurer; and a board of almost 30 members had to make the decision whether to have the camp meeting and, if so, how to have camp meeting in 2020 in the midst of a worldwide pandemic.

“It was a hard decision for me to make to call it off because my great-great-grandfather started it,” Sam Ramsey said. “I'm 81, and I've been there ever since. There wasn't any choice to do it because we can't have choirs. We wouldn't be able to seat as many people. I wouldn't want to stand at the door and check people. It would be too much like a police state.”

While the historic campground, located at 3940 Salem Road in Covington, will not be filled with people July 10-17, the www.salemcampmeeting.org website will be filled with sermons and music bringing a virtual camp meeting to friends and families, many of whom have attended camp meeting for generations.

Ramsey, who has attended every camp meeting since he was born said it was for the safety and well-being of the multi-generational participants and Salem's neighbors that led to the difficult decision of canceling this year's in-person events.

“Aside from other church gatherings and perhaps meetings of our state Legislature, there's not an older tradition in Georgia than Salem that has been impacted by this pandemic,” according to Roland Vaughn of Conyers, vice chairman of the Salem board of directors. “Missing this time of fellowship and revival is going to leave a hole in our summer and a hole in our hearts, but we are planning for alternative services and activities that will continue our mission of spreading the gospel and preserving this historic tradition.”

The non-denominational camp meeting located in Newton County between Conyers and Covington brings Christians together from across the state and throughout the U.S. for a summer week of faith, fellowship, family and spiritual renewal.

In a letter sent to friends and supporters of Salem, Mr. Ramsey explained the situation regarding this year's unique circumstances and encouraged people to support the ministry by watching online and with their finances. He said the maintenance and upkeep of Salem Campground required $100,000 this year. Donation information is available on the website, www.salemcampmeeting.org.

Preaching and music from the 192nd Salem Camp Meeting will be available online beginning July 10.

“We've had a Zoom conference with the board of directors and following that vote by the board, a letter went out to the tenters, people who have come every year and stayed in the cottages,” Ramsey said. “Also, we've sent out a questionnaire about things to get their input and now we have the production almost complete.”

Sermons and music from Salem Camp Meeting 2020 will be available online through the rest of the year. Planners are looking into putting some of the Bible studies online as well as interactive activities for children and youth and morning devotionals.

“We know this is not going to be Salem, but if we'd tried to meet with all the requirements, that wouldn't be Salem either,” Mrs. Ramsey said, adding that considering the potential liabilities of having an in-person gathering, organizers did not want to take the chance.

“We can't afford to take a chance on anyone getting this COVID,” she said. “I know three people who have it...We'll just have to consider ourselves virtually hugged.”

Mrs. Ramsey and her twin sister, Alice Walker, who have been long-time musicians at Salem Camp Meeting have now recorded a CD of worship music using two pianos which will debut July 10 at the virtual camp meeting online.

Mr. Ramsey said it has been considerable work to get the production together and he thanks his wife and her sister Mrs. Walker for all the work they have done to make virtual camp meeting happen.

“They know what it means to me,” he said. “...None of us wanted to cancel it, but it would be foolish to go out there, and I'd hate to think somebody got ill because of our meeting, which very well could have happened.”

Ramsey said this year will be much different, but thanks to going virtual, camp meeting continues.

“Our ancestors who started this tradition could have never imagined what we can do today with technology, and thankfully that technology will help us gather for fellowship and worship in some form this year.”

Preachers for the 192nd Salem Camp Meeting are Dr. Don Martin and Rev. Steven Barnes. Martin recently retired and serves as an elder-at-large for the North Georgia Conference. He preached for 44 years, including 11 years at Covington First United Methodist and more than 14 years at Alpharetta First United Methodist Church. He and his wife Lisa have two sons.

“They are dynamic Bible-based preachers anointed by God and both will preach again at Salem next year,” Mr. Ramsey said.

“...These online presentations will be available throughout the world and if our results are in keeping with other churches who have started virtual worship, we expect to reach twice as many people as usual with the saving message of the gospel of Jesus Christ.”

Daniel Kaluuya to star in Netflix adaptation of The Upper World