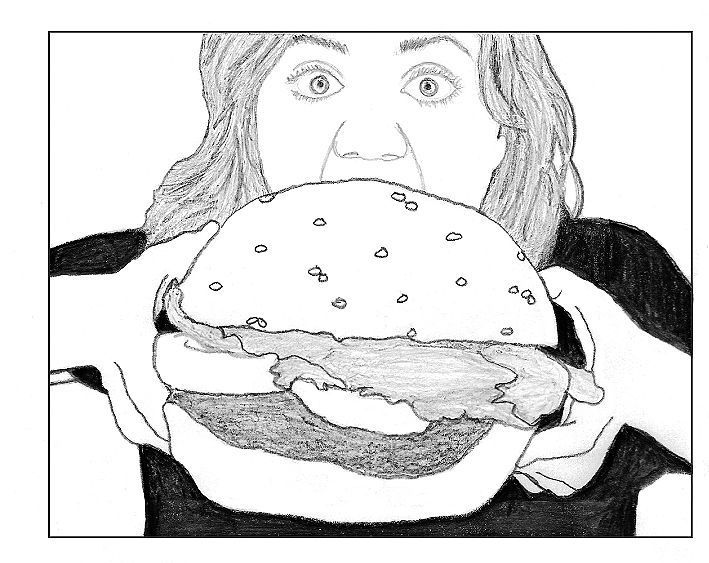 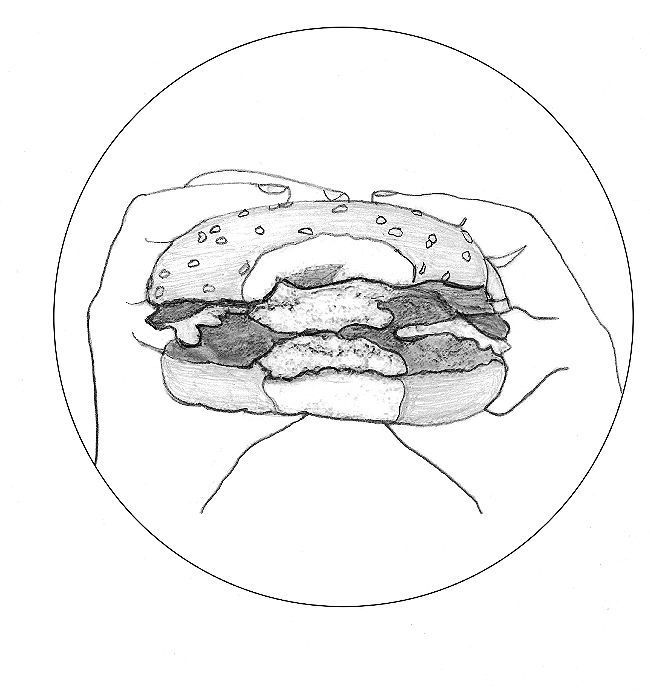 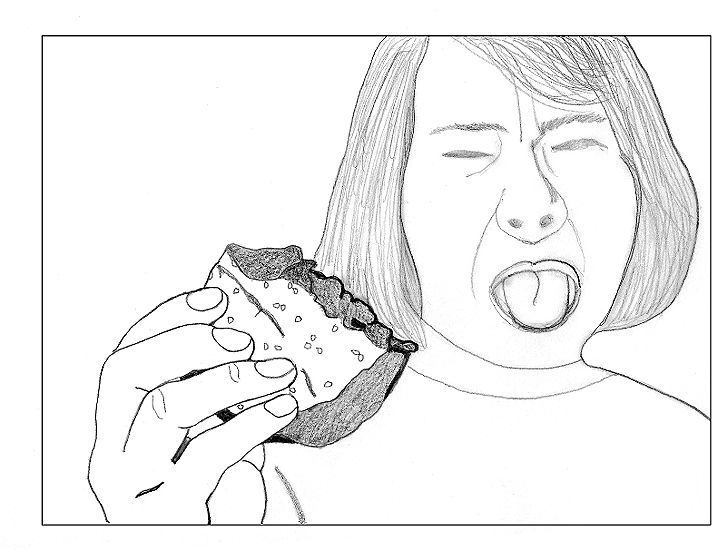 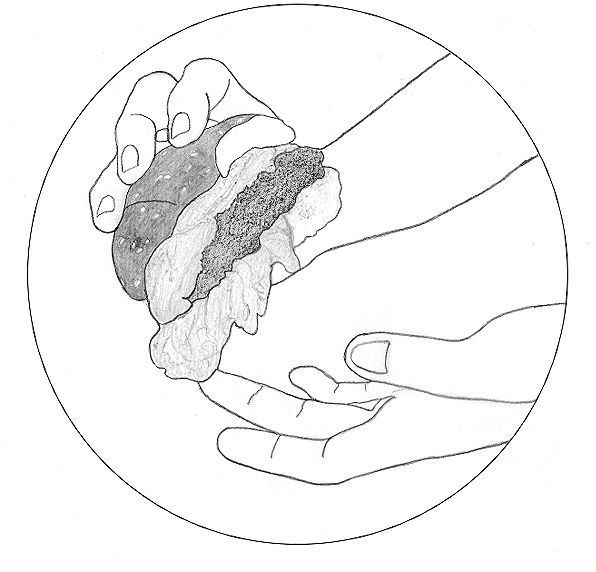 While fast food isn’t the hamburger’s only venue, it was engineered for life on the go. According to the official hamburger creation story as certified by the Library of Congress, the era began in 1900, when a customer rushed into Louis’ Lunch in New Haven, Connecticut. He needed some fast food he could grab and go, long before those terms had been coined. Louis Lassen, who’d opened the place five years earlier, served him a ground beef patty between two pieces of sliced bread, and the burger was born.

This hot, juicy, tender steak sandwich would find its way onto almost every restaurant menu in America, including some of the fanciest. But because the burger is at its best when eaten one-handed, it was the burger and not apple pie that built the drive-thru, just as Babe Ruth built Yankee Stadium. And the lifestyle that the drive-thru enabled, for better or worse, has become as American as ketchup.

Louis’ Lunch could have had the first-mover’s advantage in this growth industry, but opted for a simpler path. A sign on the wall announces, “This isn’t Burger King. You can’t have it your way.”

The restaurant’s website explains this defiant approach: “We want you to experience the meat’s true flavor, so we serve it on white toast and only offer cheese, onion and tomato as garnishes.”

Call me too American, but I resonate with Burger King’s “have it your way” philosophy. And I am in awe of what the Big Mac accomplishes, at a squeezable 2.75 inches high, bringing two all beef patties, special sauce, lettuce, cheese, pickles, onions on not one but three sesame seed buns, so that each bite contains all of the elements. It’s masterful. But who am I to tell Louis’ Lunch to not do it their way? Inventing the burger has earned them that right.

Whatever hamburger you make or get served, here are some rules to eat it by. Follow them or not, but at the very least, I believe it’s helpful to know the rules you’re breaking.

The first rule of eating a hamburger is we don’t talk about eating, or anything else, whilst chewing our burgers. Along these lines, there is a good argument to be made that a burger is best eaten alone. Otherwise, see Rule No. 2.

Don’t offer anyone a bite of a half-eaten burger, no matter how much you want them to experience its deliciousness. Even under the best of circumstances a hamburger, like a new car, drops in value the minute you drive it off the lot. A crumbling meat patty held together by soggy buns, with mayo’d tomato slices squeezing out the sides and juices dripping into a puddle on the plate, is generally a sight that only appeals to the person who ate the other half.

A snake can dislocate its jaws to ingest something larger than its head. You are not a snake.

Here in the U.S., handmade patties tend to be more round and thick than their commercial counterparts. And while fast food buns seem designed to melt away at first bite, some will add dangerous inches to your burger’s height.

That’s why I actually appreciate the sliced bread they use at Louis’ Lunch. The embrace of the bun has been a mistake, because bread slices do a great job without making it taller. A pair of chewy pieces of sourdough toast won’t wilt away and leave your hands full of burger mess like a flimsy fast food bun might. Instead, those toasted slices can keep the contents contained and focused on your mouth.

But if such decisions are out of your hands, and your burger arrives dangerously tall, ask for the hamburger to be cut in half. This gives you entry points to bite that won’t send you to the emergency room with your mouth locked into a scream position.

While a pristine burger is a thing of beauty and balance, once the first bite is taken it wants to explode. Putting that burger down increases those odds. Sometimes, of course, you have to readjust. Just do it carefully, with full awareness of the risks.

Instead, apply a modest amount of whatever condiment you need with surgical precision to the area you are about to bite. Maybe you dab some mayo with a spoon, spurt some hot or hoisin sauce, or dip the corner of the burger into a dish of aioli. Always ask if they have aioli.

And always sip wine as you chew, not beer. A hamburger’s greatness lies in being a perfectly embellished hot steak sandwich, and if anything demands wine, it’s steak.

FALCONS NOTES: No Atlanta players opting out of 2020 season