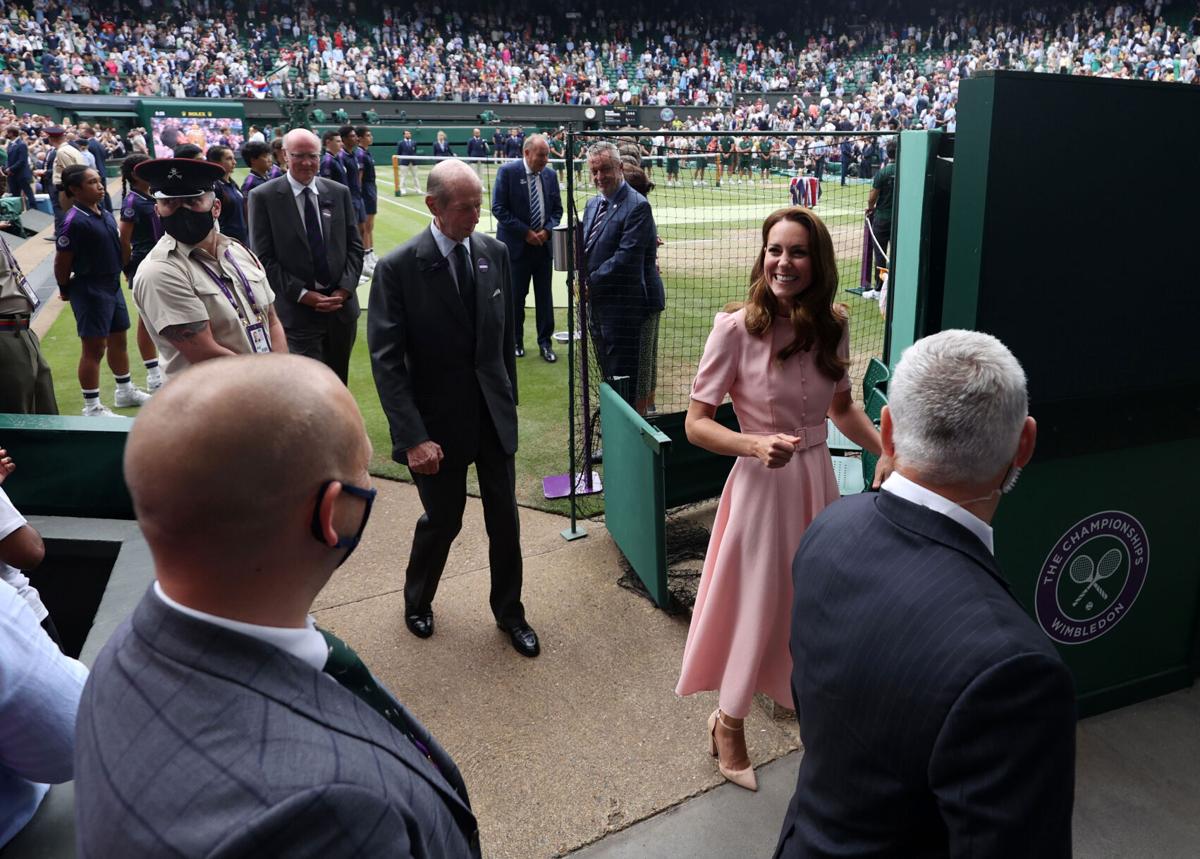 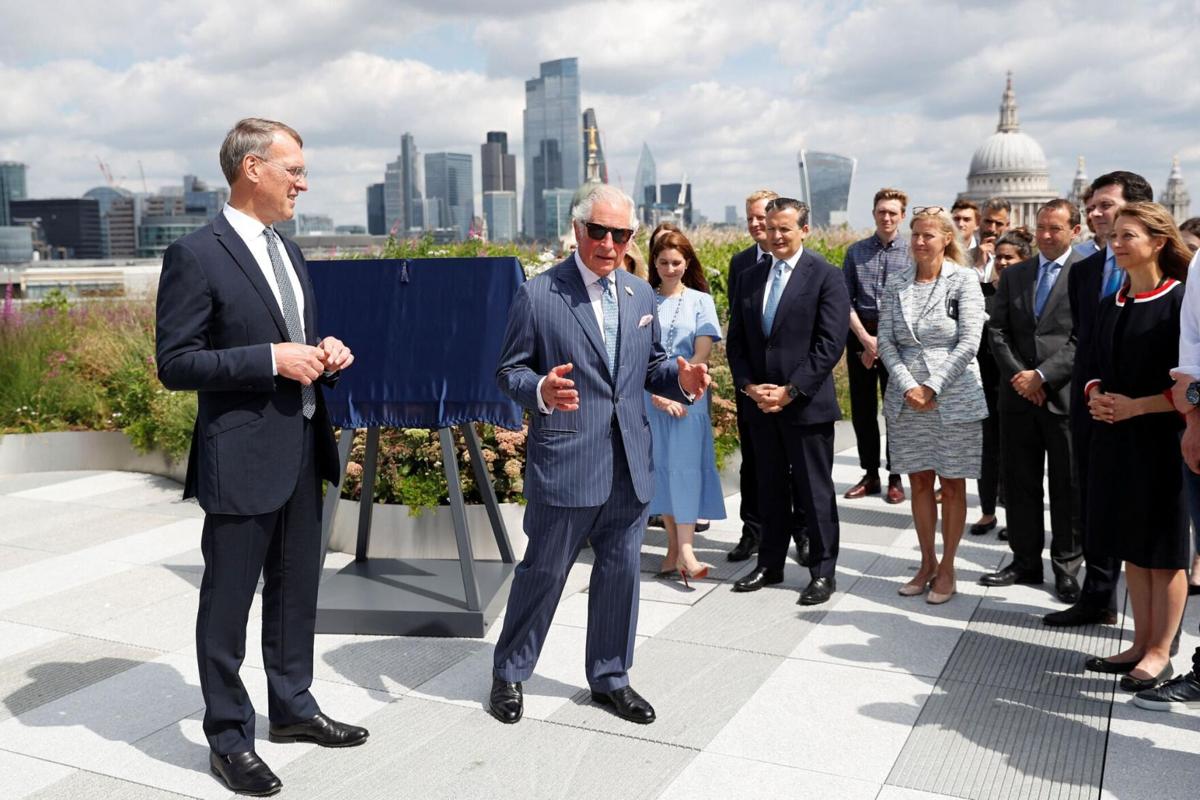 Charles is shown during a visit to Goldman Sachs. 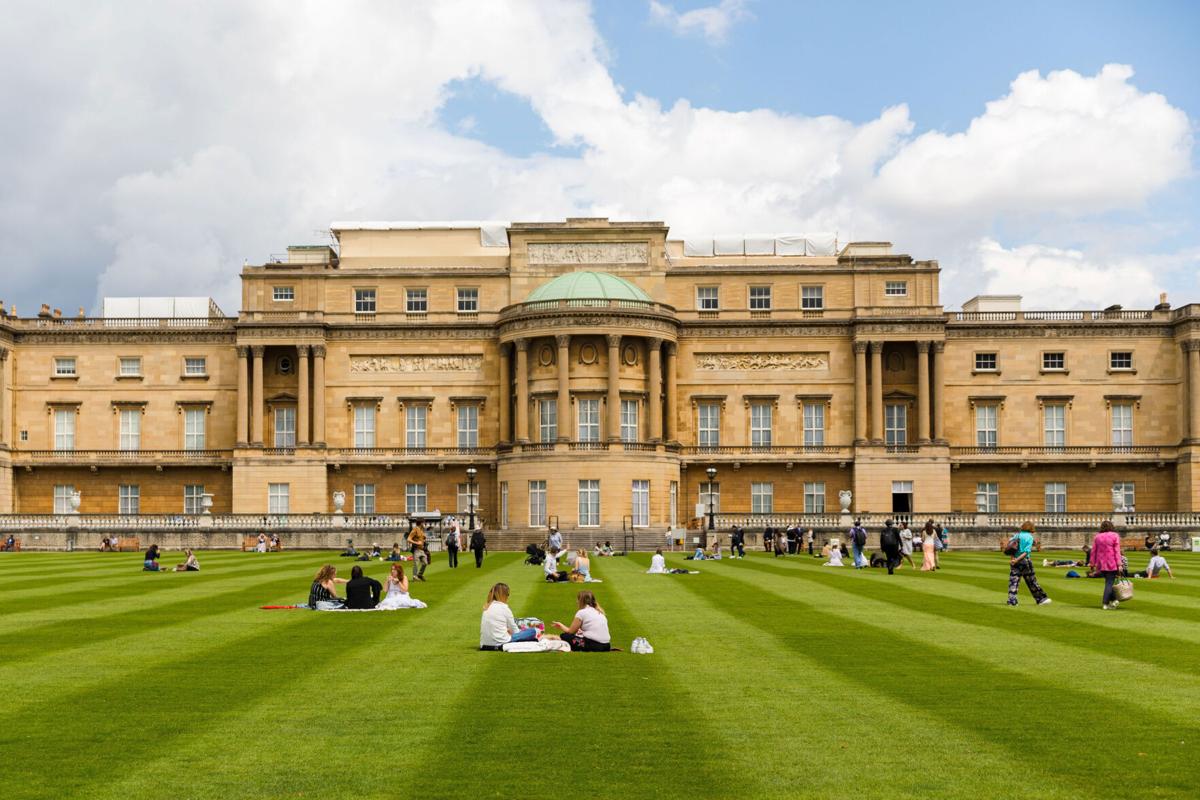 Demand for tickets has been high. 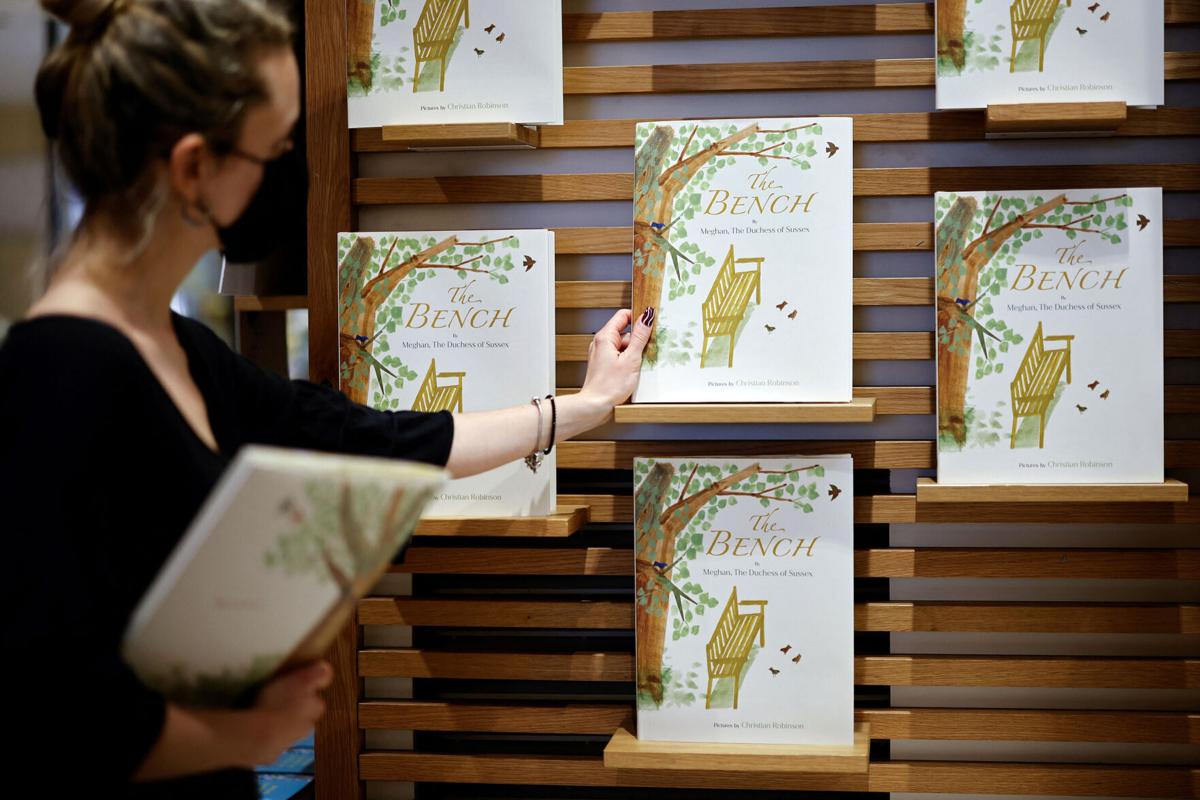 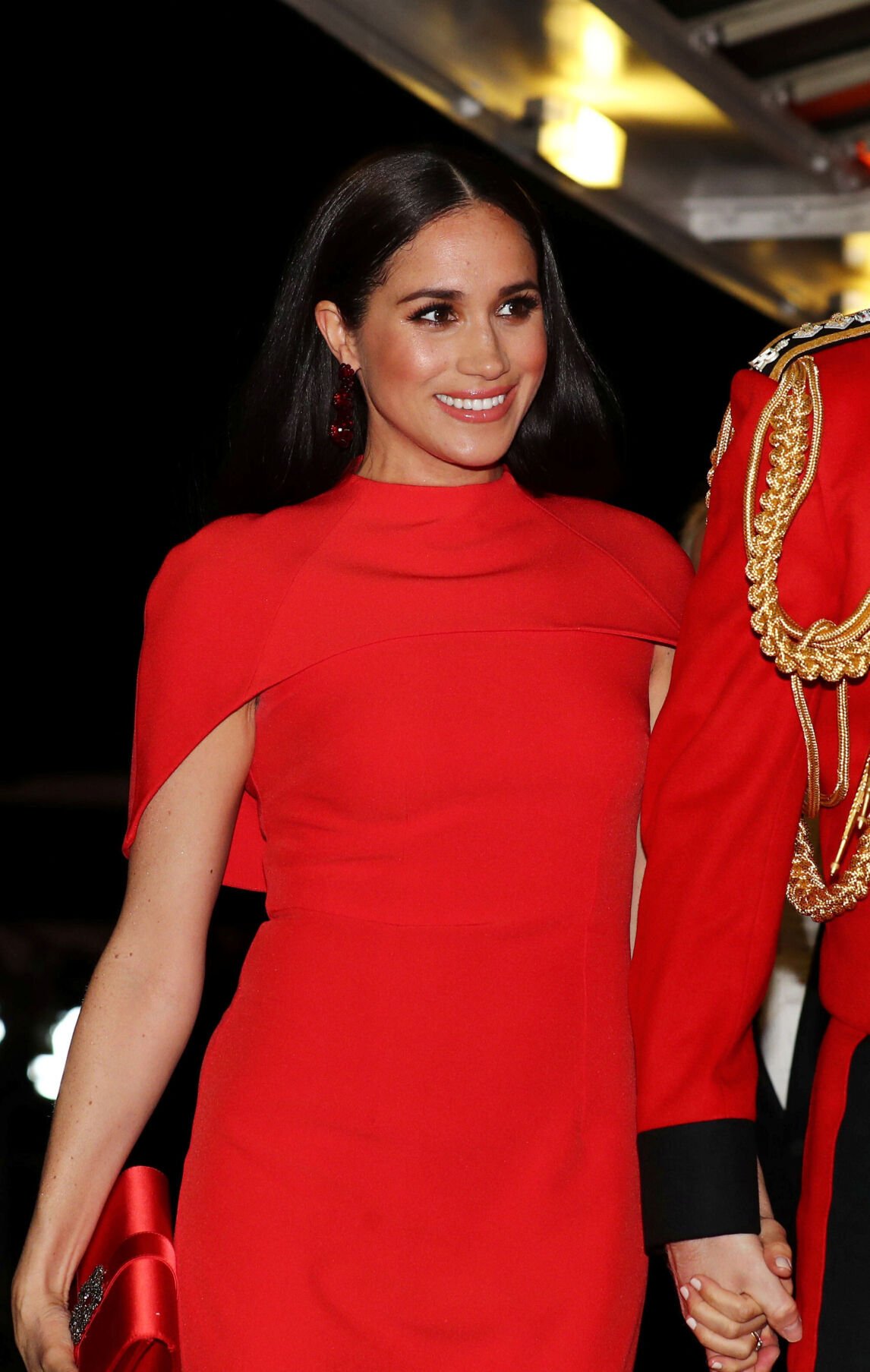 Meghan is choosing her next projects carefully. 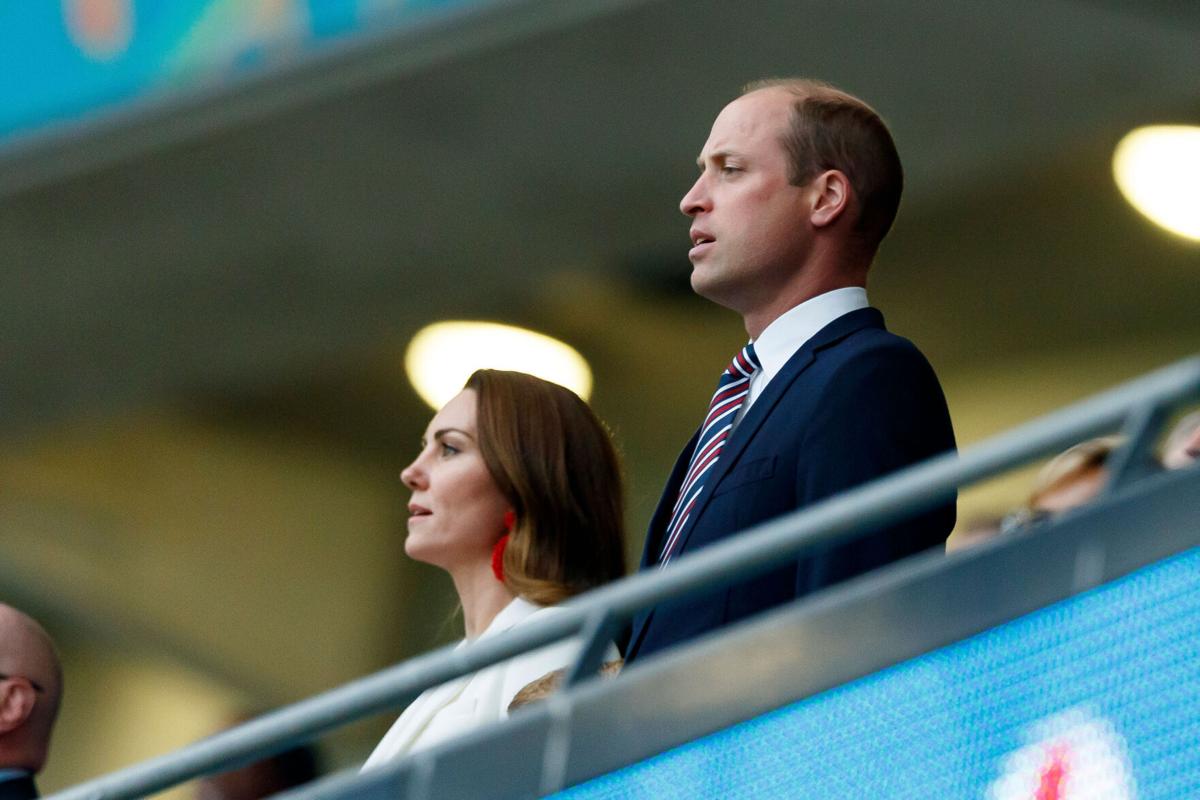 William and Kate at Wembley attend the Euro 2020 final. 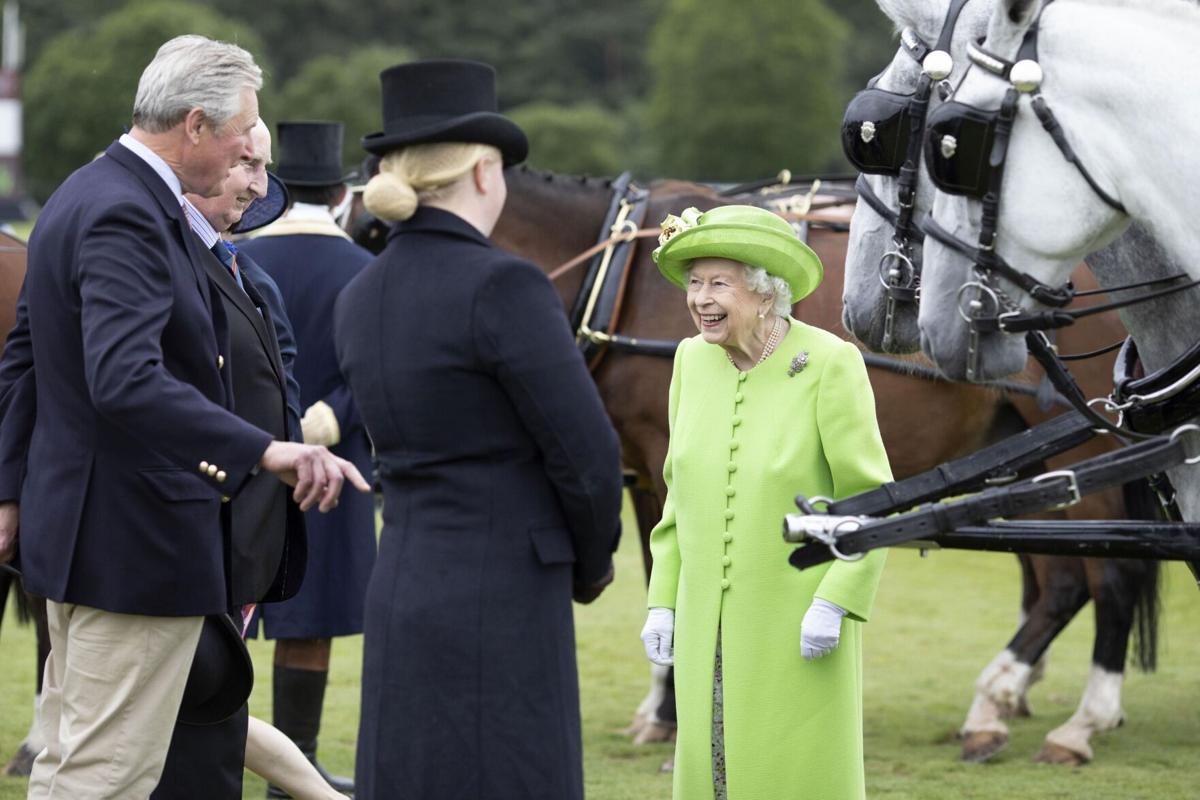 The Queen is pictured at the Royal Windsor Cup. 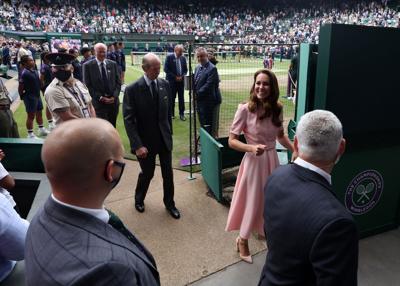 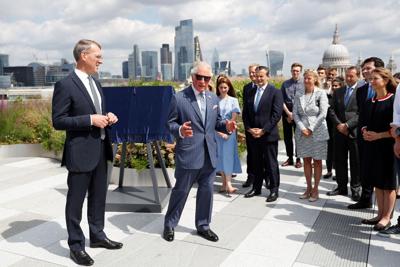 Charles is shown during a visit to Goldman Sachs.

Demand for tickets has been high.

Meghan is choosing her next projects carefully.

William and Kate at Wembley attend the Euro 2020 final.

The Queen is pictured at the Royal Windsor Cup.

It's difficult to imagine the Duchess of Sussex would ever be asked for her résumé -- but if she were, it would be a lengthy read.

'Actress,' 'senior royal,' philanthropist,' 'broadcaster,' 'author'... and now, she can add 'executive producer' to her extraordinary list of roles.

It's probably more useful to look at how Meghan defines herself, because that's where you'll find the through line. In an op-ed for the New York Times she wrote last year, she was styled "a mother, feminist and advocate." That speaks to the work she's focused on, as opposed to the role she's in. She and Prince Harry are now financially independent of the royal family, so they do still need to make money, but they are also on a bigger mission.

Stacker researched how climate change and how it's affecting weather and other natural phenomena in the United States. Click for more.

For her debut as a producer, Meghan is joining forces with friend and filmmaker David Furnish to create an animated series for Netflix. What they lack in video streaming experience will be made up for by a team of established producers who will work alongside them.

The project's working title is "Pearl," and it focuses on "a young girl's heroic adventure as she learns to step into her power and finds inspiration from influential women throughout history."

The message ties in with the children's book Meghan wrote, the interviews she's given and all the projects she spearheaded as a working royal. It's perhaps less about creating the content, and more about the impact it has. Meghan appears to be driven by a missionary purpose more than a creative impulse, and she's often stressed the importance of highlighting people who have felt unfairly disadvantaged.

"Like many girls her age," Meghan says in a statement, "our heroine Pearl is on a journey of self-discovery as she tries to overcome life's daily challenges."

The duchess adds that the show "celebrates extraordinary women throughout history," and that she and Furnish have "been eager to bring this special series to light."

Many will look to which "extraordinary women" are included as an indication of who inspired Meghan. Others will ask where Meghan will go next in her career. There are myriad roles out there that would allow her to continue her work as "a mother, feminist and advocate," and she's shown how she can pull in expertise and experience where needed.

Her book "The Bench" was informed by her own experience as a child, when she discovered "how it felt to not see yourself represented," she said in an interview with National Public Radio last month.

"So any child or any family hopefully can open this book and see themselves in it, whether that means glasses or freckled or a different body shape or a different ethnicity or religion," Meghan said of that project.

Along with Harry, she's already working with Netflix on a docuseries about the Invictus Games. And she'll have further opportunities to expand her repertoire soon -- Netflix's co-CEO, Ted Sarandos, has previously said the couple are "building an ambitious slate" of programming that "reflects the values and causes they hold dear."

Meghan's output so far gives a strong indication of where her efforts will lie -- but we still can't be sure what comes next.

There's no doubt she'll be offered acting, speaking and producing roles, and if she emerges as a major draw on Netflix, her profile will only rise. But for now, Meghan is picking her next projects carefully. And after all, she's still on parental leave...

As President of England's Football Association, the Duke of Cambridge was front and center during England's Euro 2020 final against Italy on Sunday. Tens of millions of British viewers saw him celebrate his country's early goal, nervously endure a tense extra-time period, and ultimately leave disappointed after Italy won a dramatic penalty shootout.

But within hours of the final, William found himself intervening in an altogether more somber national conversation about racism. Three Black English players -- Marcus Rashford, Jadon Sancho and Bukayo Saka -- were racially abused online after missing penalties in the shootout, and Prime Minister Boris Johnson was pressed to explain why he hadn't previously condemned fans who booed players while they took the knee before matches to show their opposition to racism.

"I am sickened by the racist abuse aimed at England players after last night's match," the duke said in a message online on Monday morning, as outrage spread around the country at the reports of harassment on social media. "It is totally unacceptable that players have to endure this abhorrent behaviour. It must stop now and all those involved should be held accountable."

It may not be the last time that William confronts the issue. The UK is expected to launch a bid to host the 2030 World Cup, and the duke will undoubtedly be a major ambassador for that push. But as a spotlight is shone on racism in football, William is in a delicate position -- having to sell the world on the idea that England is the natural home of the "beautiful game," while simultaneously being forthright and unequivocal in condemning the ugliest corners of the sporting community.

It won't be forgotten, either, that the royal family itself has faced allegations of racism by one of its own this year. After Meghan, Duchess of Sussex accused a senior member of the firm of enquiring about her baby's skin color, William told a reporter the Windsors are "very much not a racist family," a statement many criticised.

So, after a high-profile summer cheering on Britain's national sport, William will be in a closely watched role. He'll be expected to be involved in efforts to remove racism from football, and his words on the matter will carry weight. And with fans still dreaming of football "coming home" in nine years, he'll need to help clean up the reputation of the English game on the world stage, too.

WHAT ELSE IS HAPPENING?

Brits picnic at the palace.

The pandemic forced Buckingham Palace to close its doors to the public, but with the sun returning to London, staff at the site have found a new way to welcome visitors. The palace gardens have been opened for picnics and self-guided tours for the first time ever, with free tickets being snapped up. The first visitors have been filing into the estate this week, and demand was so high that the gardens will remain open until September. It's more than just a scenic spot to enjoy lunch -- the palace's gardens include a sprawling lake, a wildflower meadow and two plane trees planted by and named after Queen Victoria and her husband, Prince Albert.

An environmental warning from Charles.

The Prince of Wales gave a stern message to radio listeners this week, warning that a reliance on cheap, unsustainable farming could "rip the heart out of the British countryside." The lifelong environmentalist called for more focus on sustainable agriculture and was full of praise for figures including footballer Marcus Rashford, whose campaigning led to free school meals being provided to millions of underprivileged children. "We must put nature back at the heart of the equation," Charles said in an essay on BBC Radio 4. It's a message he has trumpeted many times. Earlier this year, the prince launched a new climate push, urging firms to commit to practical action and set the world on a greener path.

Emmy nods for 'The Crown' and Oprah.

If you need more evidence of the world's fascination with all things royal, look no further than the list of nominees for this year's Primetime Emmy Awards. "The Crown" led the way with no fewer than 24 nods, including in several of the major categories. There were nominations for Olivia Colman, Emma Corrin, Josh O'Connor, Gillian Anderson and pretty much everyone else in the widely lauded cast, and the show is up for Outstanding Drama Series too. And speaking of drama... Oprah Winfrey's bombshell interview with Harry and Meghan is in line for the Outstanding Hosted Nonfiction Series or Special. In case you forgot, the one-off event was a cultural phenomenon and sparked a crisis at the palace.

PHOTOS OF THE WEEK

It was a sporty week for the royals, with several senior family members taking in events around the UK. Catherine, Duchess of Cambridge attended both the men's and women's tennis finals at Wimbledon over the weekend. Kate, an avid fan of the sport and a patron of the All England Lawn Tennis Club, handed out the trophies to winners Novak Djokovic and Ashleigh Barty.

The Queen was all smiles during a visit to the Royal Windsor Cup polo match on Sunday.

Prince Charles soaked up the sunshine during a visit to the London home of investment bank Goldman Sachs on Wednesday, donning sunglasses for a tour of the building's impressive rooftop garden. (Yes, we know it looks pretty cloudy, but this is London we're talking about...)

Alec Baldwin: 'I would never point a gun at anyone and then pull the trigger, never'

'Annie Live!' worked a little too hard but mostly delivered a good-luck night

Deaths in the News

RONDA RICH: The thrift of my people