The parents of a 18-month-old male baby have been charged with felony murder after a GBI autopsy showed the child died of a fentanyl overdose.

Ashley Bunny Nanney, 29, and Justin Michael Price, 27, both of Jenkinsburg, were arrested on Friday, July 16, and charged with felony murder, cruelty to children in the 1st degree, and possession of fentanyl. They are being held without bond in the Butts County Jail. The name of the child has not yet been released.

According to a Butts County Sheriff’s Office incident report, around noon on April 6, deputies responded to a call of a child not breathing at an address in Knight’s Mobile Home Park off of England Chapel Road in Jenkinsburg.

Nanney allegedly told deputies she had been laying on a couch and her son crawled over to her and laid on her chest and they both went to sleep. When she woke up, she found him not breathing and panicked and ran outside. A neighbor heard her and ran over and began performing CPR on the infant. EMT’s arrived and took over CPR, transporting the baby to Wellstar Sylvan Grove Hospital with a police escort. The child was later pronounced dead at the hospital.

Butts County Sheriff’s Investigator Matt Munger stated the baby’s body was transported to the Georgia Bureau of Investigations (GBI) crime lab for an autopsy, and they received the results last week.

“When we got the results back, he actually overdosed on fentanyl,” Munger said. “Through our investigation, we determined that there was some drug use in the house. We believe he got hold of either some drug paraphernalia or the actual drug and ingested it. He did not get poked with a needle.”

Nanney and Price were taken into custody in Jackson last Friday. There were no other children in the home.

Fentanyl is a powerful synthetic opioid that is similar to morphine, but is 50 to 100 times more potent. It is a prescription drug, but is made and used illegally, and in many cases, other drugs such as heroin and methamphetamine are laced with fentanyl and people purchasing the illegal drugs may never know it until it is too late.

Fentanyl can be transdermal, which means it can be absorbed through the skin, which makes it dangerous for anyone to touch it. But Munger said there is no indication that the baby absorbed the drug through his skin and that the autopsy confirmed that he ingested it.

“Fentanyl today is killing a lot of people, and it doesn’t matter if you’re an adult or a child, if you come in contact with it, it is going to be bad,” Munger said. “We had a 330-pound man die of 18 nanograms (one billionth of a gram) of fentanyl, and the baby had more than that in his system, and he was 30 pounds.

“We’ve had our fair share of fentanyl overdoses in Butts County this year,” Munger added. “It is scary and you can never know when you come in contact with it until it’s too late.”

Andrew Moore, 21, of Flovilla, a 2018 graduate of Jackson High School and a pitcher at Chipola College in Marianna, Fla., was drafted by the Seattle Mariners in Round 14 of the 2021 Major League Baseball Draft last week.

Leaving for the airport to fly to Seattle on July 15, Moore was escorted through Jackson by the Butts County Sheriff’s Office as friends, family and well-wishers cheered and displayed signs congratulating and encouraging him as he headed off for his professional baseball career.

The son of Scott and Renee Moore of Flovilla, Moore was one of the standout players on the 2018 Red Devils baseball team that set a school record of 18 straight wins. The Red Devils ended their season in the second round of the state playoffs with a record of 26-5.

Moore, a right-hander, was named the Georgia Dugout Club All-Stars Pitcher of the Year for 4-AAA, and was also named to the 4-AAA All-Region First Team, and was named the Most Outstanding Pitcher at Jackson High School.

Moore had originally committed to play baseball for Georgia Tech, but de-committed and chose instead to go to Chipola College, a junior college in Marianna, Fla. He decided on Chipola because he felt he would have more playing time there, and also because playing for a junior college made him draft eligible every year.

In 2020, Moore earned the win for Chipola in the May 15 NJCAA Region VIII championship game to advance to the JUCO World Series. Chipola topped Northwest Florida 14-6 in the title game, and Moore was named Outstanding Pitcher of the NJCAA Region VIII tournament.

Moore also participated in the MLB Draft League this summer and caught the eye of the Mariners. On their webpage in reference to drafting him, they wrote:

“Yes, this will be the second right-handed pitcher named Andrew Moore the Mariners have had in their system, but this one is a JC (junior college) arm, 6’5”, and can throw in the upper 90s. Moore participated in the MLB Draft League this summer so we’ve got some interesting stuff on him we might not have on other draftees, like his fastball spin rate (2580-2600), top velocity (98.7, the highest in the league), and some sick-looking breaking stuff.”

Moore will most likely start his professional baseball career in the Rookie League for the Arizona Complex League Mariners, who play their home games in Peoria, Ariz. The Mariners’ other farm team affiliates are:

Low A — The Modesto Nuts in the Low-A West Division, in Modesto, Cal.

High A — The Everett AquaSox in the High-A West Division, in Everett, Wash.

Double A — The Arkansas Travelers in North Little Rock, Ark.

Triple A — The Tacoma Rainiers in Tacoma, Wash. 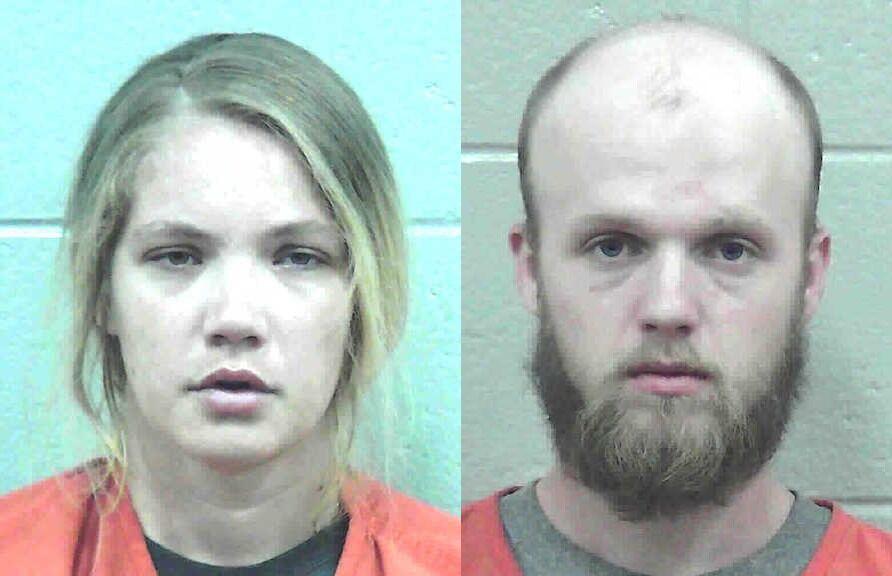 Jeanette Riley has announced her candidacy for mayor of the city of Jackson, following Mayor Kay Pippin’s decision last week not to run for a third term.

“Why do I think I should be your mayor,” Riley asked. “Experience matters, and I care about people. No matter who you are, I will listen. So let’s talk about it, and together we can make a difference.”

Riley lists among her concerns the city utility bills, safety, treating all citizens with respect, community involvement, business support, and streets and roundabouts.

Riley is already experienced in city issues, working for 19 years as the Jackson Municipal Court Clerk, and four years as Jackson City Clerk and Budget Administrator, resigning in 2017.

“I worked for 23 years as an employee with the city of Jackson, working closely and learning from three different mayors,” she said. “I’ve learned how to keep Jackson progressing and financially sound. Having worked with multiple mayors, council members, department leaders and employees, I understand each department’s needs and will work with them to better serve the citizens of Jackson.

“As City Clerk/Budget Administrator, I successfully managed the city of Jackson’s budget to ensure that money was used effectively and was uses as necessary to benefit and achieve the goals set for each project,” Riley continued. “In my 33 years experience in government and business customer service, I learned many skills relevant to leading the city. Knowledge such as government finance and budgeting, leadership, management, communication, and motivational skills.”

Riley is married to Mike Riley and they have three boys, Kyle, Matt and Ben, two daughters-in-law, Macy and Emily, and five grandchildren, Zacc, Carter, Harper, Jax, and Ellie. She has lived in Jackson for the past 31 years.

“This city is my home, my family’s home, and it’s home to you,” Riley said. “I would like to have your vote, but most of all I want you to know that if elected mayor, I will be your mayor. Let me know what you want for our city. What happens here matters to me and your opinion matters to me, so let’s talk.”

Riley can be reached by cell phone at 678-858-2007, by email at rileyforjackson@charter.net, or on Facebook at Riley for Jackson.

Click and hold your mouse button on the page to select the area you wish to save or print. You can click and drag the clipping box to move it or click and drag in the bottom right corner to resize it. When you're happy with your selection, click the checkmark icon next to the clipping area to continue.